This is Why Exercise Can’t Cure Illness 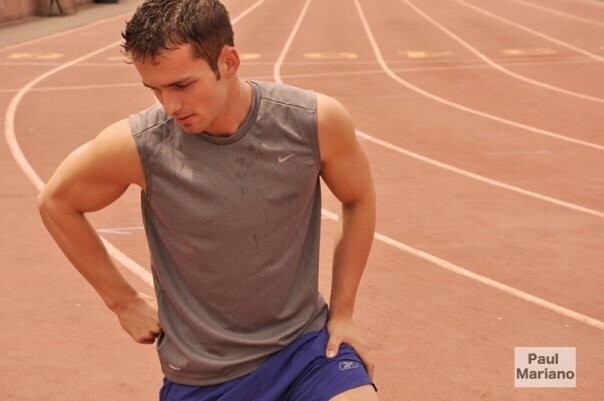 One of the most annoying misconceptions about many chronic illnesses is that you can transcend your symptoms and exercise while sick, that things like physical therapy will solve all of your problems.

This untruth is especially bothersome for people with Lyme disease, fibromyalgia, myalgic encephalomyelitis (MECFS), and other illnesses that aren’t acquired through inactivity or poor lifestyle choices. Take Lyme disease, some of the most healthy, active people get the illness. These people are hikers and fitness nuts who become severely ill and can no longer do the workouts and activities they love. The same goes for people with MECFS. But for some reason, perhaps because people fail to see the stark contrast of these patients’ lives before and after they get sick, there is a persistent belief in society and the medical establishment that if only they started to exercise again they would heal themselves and get back to their old way of life.

People with Lyme and MECFS frequently get grouped in with people who have certain acquired conditions for which exercise can be an effective treatment. But for those of us with severe Lyme and MECFS, treating our illnesses with exercise is like putting middle schoolers in college classes and expecting them to do well, not drop out and be filled with resentment for the rest of their lives.

This is how I feel when someone insists that exercise is a viable treatment for my condition, that it’s actually a good idea to exercise while sick, and I should do physical therapy even though there is an illness still wrecking my body. The problem is: the illness isn’t done doing damage and exercise will only cause more harm. Nobody heals a broken leg by running a marathon. For those of us with invisible illnesses, healing through exercise is pretty much impossible, and probably harmful, especially when our energy is needed to heal, not cause more stress. That is, after all, what exercise is — stress. By going for a run or doing push-ups, or even just stretching, you are putting your body under stress. For some people this stress is a good thing–the muscles break down, heal, and become stronger. But there’s no doubt that your body is doing strenuous work, of which a sick body either cannot do or cannot recover from. A sick body can’t handle the stress of exercise. It’s that simple. And if anyone knows this it’s me.

Before I got sick in 2010, I was a fitness instructor and competitive bodybuilder.

I used to throw weights around the gym like pillows and flip giant tractor tires in my backyard.

Still, I fought this realization every chance I got. Even when I knew riding my bike was going to leave me curled up in a fetal position on the bathroom floor, I still went out for a ride. I still pushed the metal frame out to the street, swung one leg over the seat, hiked up my pant leg, and pedaled out into the world as briskly as my ailing muscles allowed. I felt the cool sea breeze whipping around my face, I smelled the foliage and saw the bright sun shining across the suburban landscape. But quickly it became clear that my muscles were pretending to be fine, they were trying to do what I wanted, and maybe they could for a few minutes, but then the facade faded and I returned home to find my own personal Hell waiting for me on the bathroom floor.

Every time I went through this vicious cycle of brief satisfaction followed by lengthy misery, I told myself I would never do it again. But I also told myself that it was absolutely worth it. And that’s probably why, despite my earlier and better judgement, I kept doing it.

Eventually my body put my mind in submission. It quite literally stopped going along for the ride. It was done pretending that it could keep up with my active lifestyle. My body just couldn’t work out anymore. I tried to do light forms of exercise, like foam rolling or stretching, but my inexplicably inflamed muscles gave out before I could even start the workout. And now that I’ve been bedridden for three years, even thinking about stretching is dangerous because the margin for overexertion is so fragile I inevitably overdo it and hurt myself.

The other day, for instance, I realized “Hey, I haven’t flexed my arm muscles in a long time.” So I did. I flexed my biceps and boy did I regret it. I slowly twisted my wrist inward and felt the mushy muscle pop, as if to say “Hey, remember me? Why don’t you use me as much as you used to?”

My entire arm seized up and I experienced pain of which I had not felt in a long, long time. The initial pain was probably a strained muscle. This happens all the time to deconditioned bodies, but what separates a sick person’s injury from that of a healthy person, is the debilitation and prolonged recovery. I literally couldn’t use my right arm for an entire day, it was profoundly weak, in excruciating pain, and immobile. The injury had a ripple effect through my entire body. I became nauseous and weak; my whole body throbbed with inflammation. Why? Because I flexed my arm for a few seconds. Unbelievable.

And then there are my past attempts at rehabbing. Last summer I was able to get myself out of bed for the first time in two years. I was even able to stand on my own. Then my health took another dive and any aspirations of continuing to rehab were put on hold. I haven’t gotten out of bed since.

I can’t even count how many times someone has gently suggested that I try some sort of exercise to improve my health. And every time I resist the urge to go on a sardonic rant. I’ve had people tell me to exercise because my muscles will atrophy (which is true, but when you’re sick there’s not much to do about it). I’ve had people offer to make me workout plans to “get back in shape,” to which I wish I had said, “No thanks, I used to be a trainer, if I was able to exercise I would make my own damn workout plan.”

But the most annoying suggestions come from doctors and other medical professionals. Because they have impressive credentials their suggestions automatically carry more weight, but they can be just as ignorant as laypeople. I don’t think I’ve seen a doctor while I’ve been bedridden who hasn’t suggested I exercise in some form. When I was at my sickest point, barely able to move in bed, a doctor examined me and prescribed a few physical therapy sessions. I didn’t make it five minutes into the first session before I had to stop and nurse an injury. It’s amazing how even the most helpful, knowledgeable medical professionals still can’t resist the urge to suggest physical therapy or graded exercise therapy.

Perhaps these doctors have good reasons, at least in their minds, to believe that exercise is a viable treatment option for illnesses that leave the body so debilitated the patient can’t even sit up in bed. After all, I imagine some version of this is what many medical schools teach, although I’ve never studied their curricula. And then there’s the societal notion that exercise is never harmful and is always a good thing, if not the answer to many health problems. Just take a look at the countless number of studies done about the benefits of exercise on chronic diseases, as if these conditions are dough just waiting to be shaped by the same cookie cutter over and over and over again. I’m sure someone has done a study about the adverse effects of exercise on chronic illnesses, or at least I hope they have. Though, I’ve looked and can’t find any such study. Perhaps it’s been buried by the bevy of redundant studies insisting that the opposite is true.

Personally, if I was a researcher, I would want to think outside the box. Why would anyone want to do a variation of a study that has been done so many times before? Especially when it leads to misconceptions about some very sick people. Just look at the damage that continues to be done by the PACE Trial despite it having been debunked.

Still, I truly believe that most people who think exercise is universally beneficial tend to have one thing in common: good intentions. They care about and want to help sick people, otherwise they wouldn’t even bother making a suggestion. Their hearts are in the right place, but their heads aren’t. Unfortunately, the only way they know how to help is by offering unsolicited advice about something they know little, if anything, about. Even though I wish these people wouldn’t offer their flawed input, I try to remind myself that despite their ignorance, their motives are good. They aren’t telling me to exercise because they think it’ll hurt me, even though, in actuality, it certainly will.

I also try to remind myself that I used to be ignorant about the same thing. I used to be the gym rat, the sweaty guy flexing in the wall-length mirrors. I used to write articles about the best way to exercise on a diet and how more people should do Olympic-style weightlifting. I can’t say what my reaction would have been back then had I come across someone as sick as me now. I like to think that I wouldn’t have known what to do, but I would have been smart enough to acknowledge the gravity of the situation — how sick the person was and that their ailments far exceeded my scope as a fitness expert. But, like so many people who ask ignorant questions and offer unsolicited opinions these days, I very well could have told them the same thing: Just go exercise.

Luckily, my outlook changed. I was about a year into the illness and I was writing an article about working out at the beach. I realized, “Fuck, I can’t do these exercises. What am I doing? Why the hell am I trying to do squats with a piece of fucking driftwood on my back when I can’t even go grocery shopping?”

The realization made me very sad, it still does. I had my favorite thing, the thing I loved to do most in this world, taken away from me. But that’s life. It’s not fair, far from it, but I’ve learned to adapt to the unfairness of my circumstances. That is, after all, the only thing we can do to move forward.

2. SATURDAY, MAY 12th is International ME/CFS Awareness Day. There are protests and advocacy events planned in more than 100 cities around the world. Please join in. You can find the event nearest you or simply take part in advocacy on social media using #MillionsMissing.

46 thoughts on “This is Why Exercise Can’t Cure Illness”