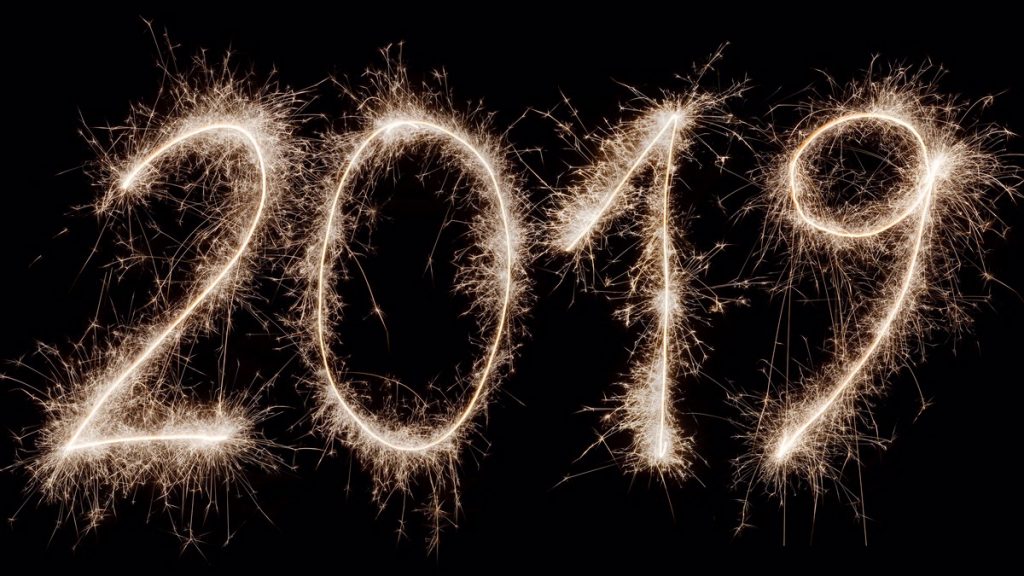 Even when I was more dedicated to these types of things — back in my early-twenties when I worked out obsessively and dieted often — I still didn’t believe in New Year’s resolutions. Maybe I lacked the creativity to think of anything in my life worth changing, but more likely, I was probably just unenthusiastic about starting the year as a cliché.

This New Year’s Day, however, is different. I’ve actually thought of something I’d like to change in the coming year. But whatever you do, please, don’t call it a New Year’s resolution. Sure, I’d like to get my health back, and even lose some weight, but there’s something else I’d like to change — I need to stop giving myself carte blanche to behave in ways of which I’m not proud. One example: my anger.

Recently someone I love chastised me for my anger (though they didn’t offer any tips for dealing with anger). This, of course, only made me more angry. But after I calmed down, I realized that part of why I get so angry is because I have essentially given myself carte blanche to act impulsively, even immorally, at times.

I admit that taking my anger out on people who don’t deserve it is unacceptable, but for a long time I’ve just accepted that this is how I am. Many times, however subconsciously, I’ve felt that everything I say and do — all the anger and bitterness I feel towards the world — is entirely justified. What’s more, I’ve felt that I shouldn’t be punished or held accountable for my unflattering moments because of what I’ve endured in my life. To some extent I believed that the horrible things I’ve been through exempted me from accountability.

But that doesn’t really work, does it? If it did, we’d have a lot of people getting away with some truly heinous things.

Maybe it’s just my idealism, but I like to think that good people act good, even after they’ve been wronged. It’s not like Nelson Mandela spent 27 years in jail and immediately went out and killed the people who detained him. The parents of mass shooting victims don’t go assassinate the lawmakers who have failed to prevent such tragedies. But for some reason I feel that all the unsavory things I’ve done in recent memory are completely justified. I feel that I’m owed a moral Get Out of Jail Free card for having lived through a fatal car accident and an illness that kept me from eating solid food for 18 months.

I should clarify: I haven’t murdered anybody or even slashed their car tires. But I have berated customer service employees because my order was a day late, something that surely wasn’t their fault. I’m an awful person, I know. But seriously, this is the type of thing that shows that, despite the disadvantages I face as a disabled person, I’m still privileged in some ways. Although, it may be because of my disadvantages that I feel a strange sort of entitlement to act in unflattering ways. The hardest part of my life is that my poor health makes it nearly impossible to be any semblance of the person I strive to be.

Even worse than my battles with customer service employees, I’ve been mean to and hurt some of the people I love most in this world. And for that reason, at this moment in time, I’m not the person I want to be. I’m not a bad person — I am human, after all — but I have entered into a gray area that makes me question what crosses the line between “being human” and, well, being a shitty human.

In the last year I’ve called some of my loved ones assholes. I even told one of my own family members to “have a nice life” because she couldn’t help me. I felt entitled to help from the people in my life, but also entitled to my shameful reaction when they couldn’t deliver. I’ve hurt the feelings of the people I love most, and for that, despite deserving their help and not getting it, I still feel incredibly ashamed. 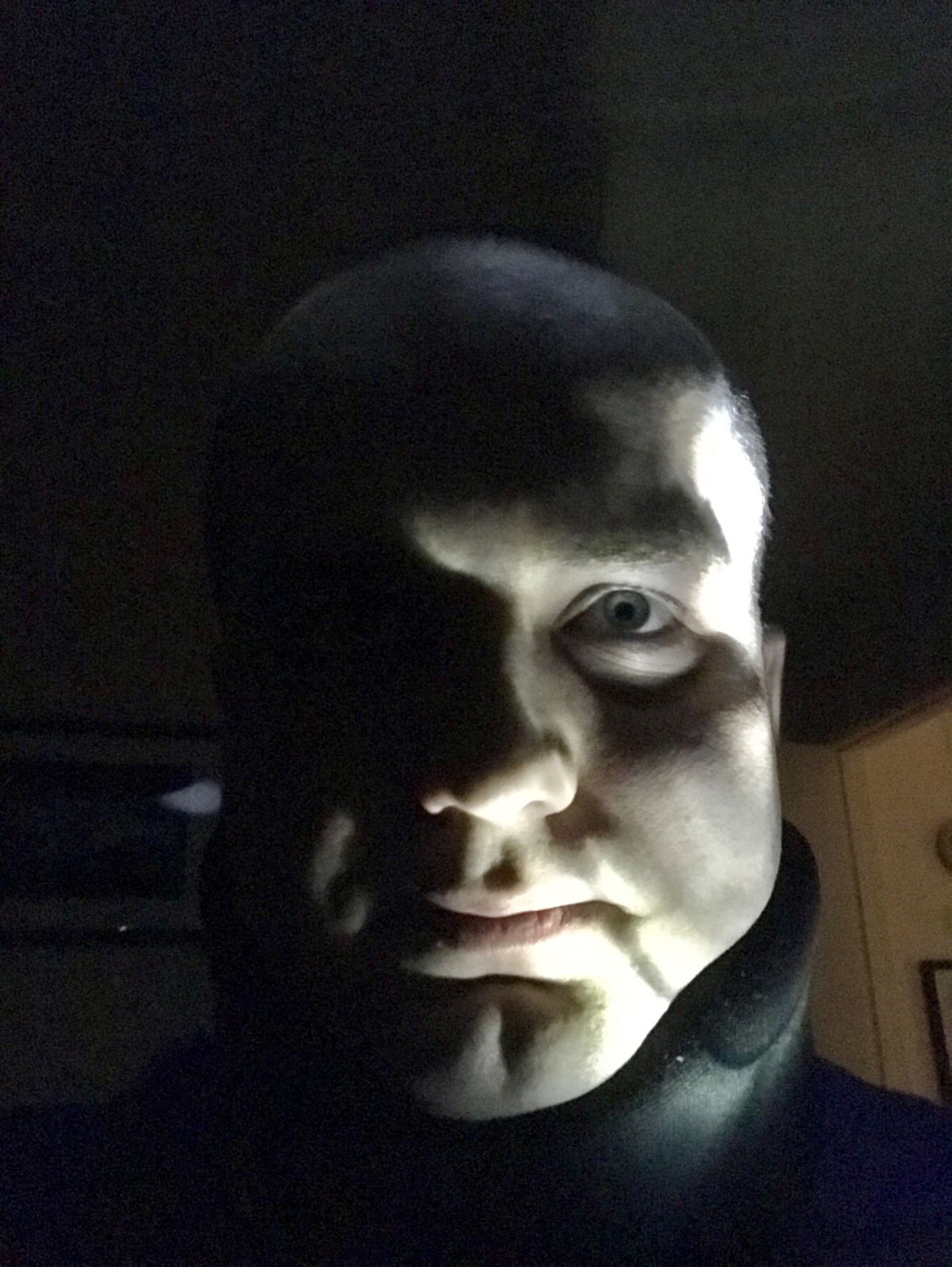 I’m trying not to come across as a martyr here, but I also want to show how illness, and the trauma it causes, can change a person. In my case, my struggles make it impossible not to be ashamed and angry and depressed and sad and every other feeling one can feel. Well, except energetic. That’s the one feeling that illness excludes.

I have all these traumatic memories and no way to cope with them. I’m disturbed by memories of strangers coming into my room and obliterating my privacy just to keep me alive.

One memory still haunts me, not because of what happened to me, but because of what I did to someone else. One of the dozens of caregivers that I’ve had over the years was rattling off a list of questions for me — “What do you want next? What’s it gonna be?” She reminded me of a blackjack dealer all hopped up on cocaine. I couldn’t keep up with her words, but she just kept going, spewing question after question while I was too sick to even sit up. Finally, in a moment of exasperation, with a deep, sonorous, and angry voice, I shouted: “You’re exhausting me!”

It was sort of terrifying. For starters, I could only speak whispered sentences, so I think we were both surprised at how loud my voice got. But also, the words came out of my mouth with force that this woman hadn’t heard from me before. She was really shaken by it. She started crying and ran out of the room. I think this is why it still haunts me so much. I used what little strength I had to make this woman cry, and for what? Because she was too loud and energetic?

Well, she had been snorting drugs in my bathroom, so maybe that makes my reaction less awful. But I still made the situation more traumatic — for her and me — because I couldn’t process my anger. It was a moment, a culmination really, of years of trauma and illness. But that doesn’t change the fact that actions have consequences — I made that woman upset and myself sicker because I couldn’t control my emotions. Maybe I’m being too hard on myself. I’m not sure if, given the circumstances, I could have acted differently, but if it was possible I should have. Regardless, there’s something to be said for moments like this, I’m just not sure what that something is.

2018 was a really hard year. My health wasn’t the worst it’s ever been, but it didn’t exactly improve either, and then there was the backlash from Afflicted and other problems with my personal life. These things took a toll on me and inevitably stoked each other to only make my life harder to handle. So, needless to say, I wasn’t the person I wanted to be in 2018, and I’m not quite sure how to reconcile that.

How do I avoid being the worst version of myself when I’m stuck in some of the most awful circumstances I’ve ever been in? How do I rise above the toxicity on social media when, even on a good day, it already feels like the entire world is beating me up? How do I give my loved ones room to be hurt by, or frustrated with, me? How do I give myself the room to be frustrated with them and angry with the circumstances that surround us? How do I regain the trust of someone I love and assure them that I’m going to be my best self when I know in my heart that that’s not always possible?

I don’t have the answers to these questions, but I do know that a new year has begun, and while I don’t believe in New Year’s resolutions, I do believe in living as best as I can as long as I can. So, for now, I’ll resolve to take one day at a time and try to be the best person I can be — hopefully less angry and more compassionate. Then, a year from now, I’ll see how I did.

1. Thank you for reading! (Cartoon by Barbara Smaller from The New Yorker)

2. If you would like to donate to support this blog I would be grateful! I’m also fundraising to pay my medical bills so if you’d like to help out by buying a shirt or hoodie I would LOVE to see you rocking an Ask About ME Shirt.