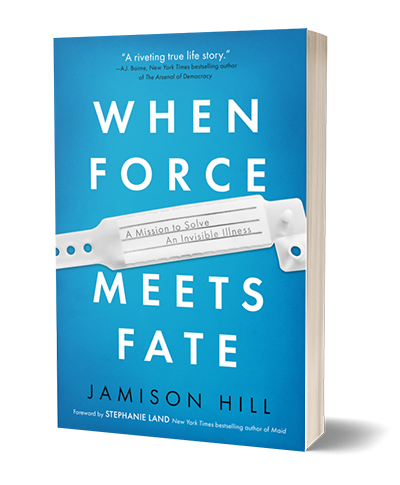 On a fateful day in late-2010, I went to the gym as I always did, but something was wrong. I became violently ill and eventually lost my ability to walk, talk, and eat solid food.

Before getting sick, I was a bodybuilder who could lift more than 400 pounds. Five years later, at age 27, I was bedridden and too weak to hold a toothbrush. I conducted life through hand signals in a dark room, unable to speak or eat. My only nourishment came from bland, liquified meals. I lived every day lying motionless in bed - my body paralyzed by pain and weakness, my mind hijacked by flashes of crunched metal, broken windshields, and exploding gas tanks.

You see, I killed someone in a car accident. Then, a year and a half later, I became sick during that fateful workout. Doctors blamed my illness on depression and anxiety from the car accident. They told me to see a therapist and take antidepressants. But I was already doing those things and none of them improved my health.

I’ve spent the last decade looking for answers - navigating hospitals and doctor’s offices, figuring out how to live with the uncertainty of having an invisible illness that nobody seems to understand. While I’ve found some answers, I’ve lost many parts of myself along the way. I’ve had to give up my job, my autonomy, and almost all of my aspirations. But there’s one thing I haven’t lost: my story.

I’ve managed to tell my story through essays in The New York Times, The Los Angeles Times, The Washington Post, and others. But my dream has always been to write a book about my battle with chronic illness. Now, after years of searching for a publisher, I have the opportunity to share my memoir.

The audiobook for When Force Meets Fate is available through Audible and other platforms, including library apps like Overdrive and Libby (you might have to request it from your local branch. 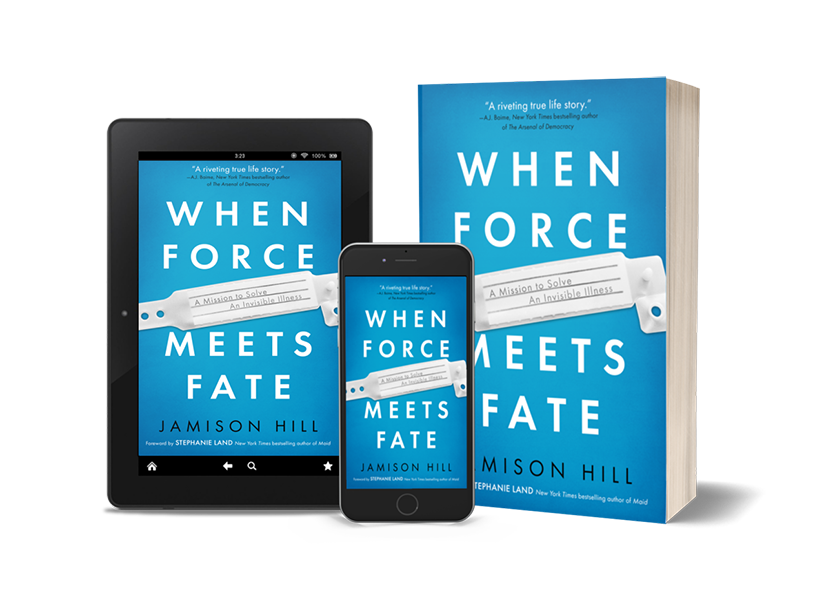 "AN INCREDIBLE STORY OF SURVIVAL."

Check Out a Short Clip 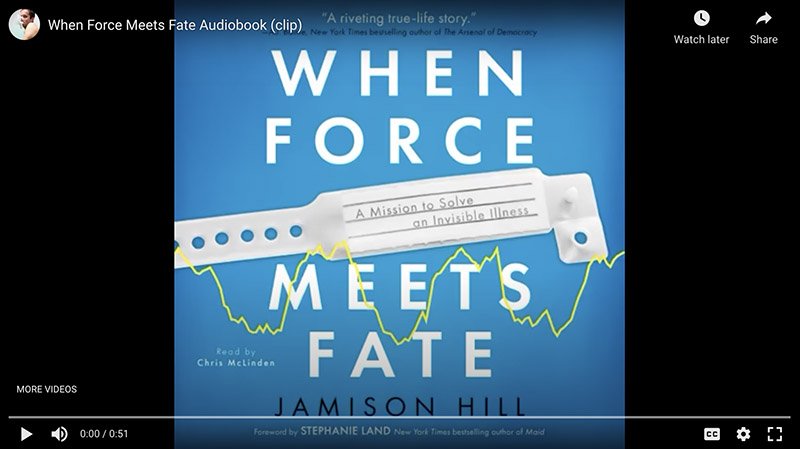 If you can’t afford to order the book, send me a message and I’ll make sure you get a copy. In the meantime, I’d be grateful if you would share the link to it. Doing so will help raise awareness for ME/CFS and Lyme, the diseases I have, and by association, all chronic illnesses.