A One Man Nudist Colony 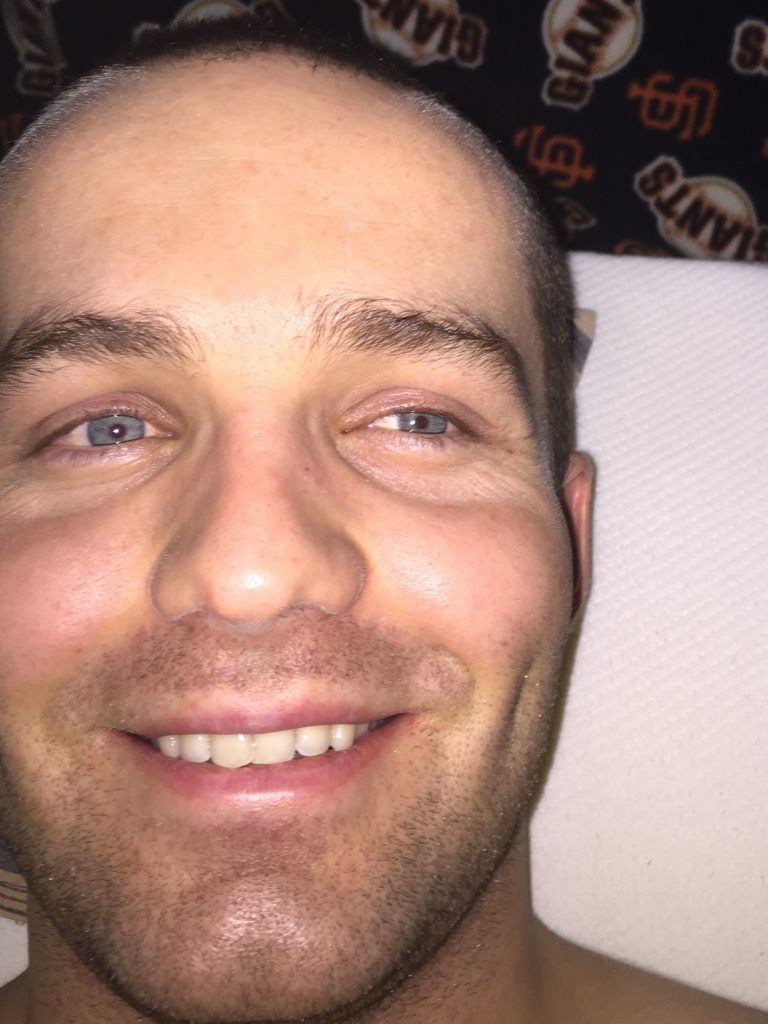 I was completely naked for the better part of an entire year. I wore no clothes. None.  Now, before you file this post away on your “too much information” (TMI) blacklist, first let me promise to keep the intimate stuff to a minimum. That being said, some stuff may be unavoidably revealed. It’s kind of inevitable when talking about being naked.

What people don’t often realize, and perhaps they don’t want to, is that sick people spend a ridiculous amount of time naked. Why? It feels sexy. No, I’m joking (although it does feel a little sexy). There are actually a number of legitimate reasons. Putting on clothes can take a lot of energy, muscle strength, flexibility, and joint mobility. In my case, an obscenely impaired blood pressure and blood volume made it nearly impossible for me to move my body enough to get clothing over my head let alone my extremities.

Another reason is hygiene. Even if I was able to get clothes on my body, the physical repercussions would have been so intense it’s safe to say those clothes wouldn’t have come off until I had regained my strength days, or even weeks later. And that, of course, would mean bathing with clothing on, which I’m not sure if you’ve tried, but it’s just about the least amount of fun you can have with clothes on, and is also probably the least amount of fun you can have while bathing. How do I know, you ask? Oh, I tried it. A few times. And I stubbornly learned that bathing with clothes on, and then leaving them on, is undeniably more miserable than smelling like a dumpster for a week.

I also briefly tried wearing button down shirts. I soon ran into the trouble of getting my arms through the sleeves, so I had someone cut the sleeves off a bunch of old Tommy Bahama shirts from the thrift store. And just like that I looked like Rick “Wild Thing” Vaughn from the movie Major league, rocking a sleeveless tuxedo. Unfortunately it was the tacky floral patterned shirts made for middle aged men that ultimately turned me away, and I soon returned to my life as a nudist.

So I resolved to remain in my own personal nudist colony for a few more months until IV treatments helped my blood pressure, and in turn, allowed me to finally keep some damn clothes on. And I have to say it felt really good. I felt like a human again. So every day after washing up, I would struggle to get a pair of boxers around my hips. This was particularly difficult because I couldn’t lift my hips off the mattress.

I should say, however, prior to resuming my life as a clothed person, I did occasionally allow visitors into my den of nudism. But these guests, fortunately or not, were always wearing clothes. And sorry to ruin the facade, but I was almost always covered by a sheet. Darn.

Still, even in the moment, the ridiculousness of the situation was ripe and often very comical. Once, during a visit from someone very special, I felt the need to have a little fun. No, not that kind of fun. Get your mind out of the gutter. The visitor was a good friend from college, during which time we had a running joke about helping each other bleach a certain unmentionable body part notorious for getting soiled. You don’t like where this is going, do you? Yeah sorry, so much for leaving out the intimate stuff. Maybe I’m the one who needs to get his head out of the gutter.

So my buddy arrived, and naturally the first words out of his mouth were, “Hey man! I’m here for the bleaching.” Now, normally I would have gone with the joke and immediately simulated getting undressed while telling him I was ready for the procedure, but there were two problems: I couldn’t talk and I was already naked. So instead I shifted the sheet off my upper thigh, and then, after five solid minutes of tracing letters on his hand, I was able to convey that I was already naked and ready for the bleaching. “Bring on the bleach!” I said.

Ha hmm. Anyway, where was I going with that story again? Yes, right, I was naked for a year. But recently I started feeling better and I’m once again back to wearing clothes. I have discovered linen shorts, which are just about the comfiest things, besides pajamas, that I’ve ever worn. And I’ve found that my old tank tops from the gym are much easier to get on than a normal t-shirt or, say, a Tommy Bahama shirt with pink hibiscuses.

Overall, I must say, it’s wonderful to wear clothes again. Why? It feels sexy, of course.

15 thoughts on “A One Man Nudist Colony ”