Jamison Hill Has A Cold 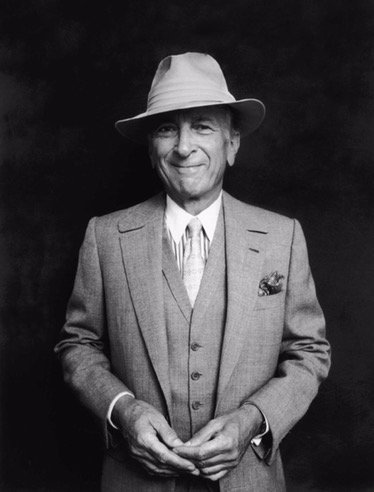 This post is about a secondary sickness from cold, which I got on top of my existing chronic illnesses—MECFS and Lyme. At the time, I happened to be reading the famous article about Frank Sinatra having a cold, so here’s my version:

Jamison Hill, holding a shot of Jameson Irish whiskey in one hand and a glass of kombucha in the other, sat at the end of the bar between two gorgeous women who were waiting for him to speak.

Jamison was sick. He was the recipient of an exceedingly common ailment. So common in fact, most people call it insignificant. But when it afflicts Jamison it is very significant. It can throw him into fits of intense panic, paranoia, and even obsessive bouts of cleaning. It can be life-threatening. Jamison Hill has a cold.

Okay, this is the part of the post where you say, “What in the name of Goose Gassage is he talking about?” Well, first off, thanks for tolerating that weird introduction — an homage to one of my favorite pieces of writing. And now let me explain.

My favorite magazine article ever written is Gay Talese’s “Frank Sinatra Has a Cold.” What is most fascinating about the article is that Talese never actually interviews Sinatra. Instead he observes Sinatra from afar for a few weeks while he has a cold. Among other things, Sinatra comes across as a crabby, entitled celebrity. In one passage Sinatra is in a bar and pokes fun at a young screenwriter’s footwear. Apparently he didn’t like the guy’s boots. Come on Frank, not everyone wears Spanish leather, or whatever the hell kind of shoes celebrities wear.

The two become combative, then Sinatra says the writer’s last work, a movie called The Oscar, was “crap.” The odd thing is that Sinatra was actually in the film, so he was calling a film he appeared in crap. This makes about as much sense as spitting in your own food. But hey, I’ll hold my judgement. He did, after all, have a cold.

After reading the article I came to the conclusion that perhaps it’s not a good idea to hang out in a bar when you’re sick and then try to make fun of someone who wrote the screenplay for your last movie. That lesson will definitely come in handy for me one day (#ThanksFrank).

Sinatra’s pattern of arrogance and irritability continues throughout the article. And oddly, I can sympathize with him; well, except for the entitled celebrity part. Having a cold is just about the worst thing that everyone in the world will have to deal with countless times in his or her life. Although a trip to the DMV is a close second. Personally, a cold turns me into the worst version of myself and the world’s biggest baby. And that was before I got MECFS, a disease that makes a hug feel like you just got locked in a basement with that gimp guy from Pulp Fiction.

Since I came down with MECFS six years ago, the occurrence of a cold has gone from hyperbolic inconvenience to life-threatening siege on my body. Now the latter may still seem like hyperbole, but let me elaborate.

I’ve endured three colds, or flus, or whatever you want to call them, since I’ve had MECFS. The first, about six months in, was not too bad. I recovered in a week. The second, January 2015, was horrible. It is the reason I became bedridden. I hadn’t been sick in almost four years and I distinctly remember saying I wouldn’t catch the bug that was going around. Jinxed it.

While my health had been declining gradually the previous year, the cold nearly took me out for good. One day I was walking around outside, the next I was too weak to brush my own teeth or get out of bed. There were other factors too. I may have taken too much generic cough medicine, which I’ve heard is chemically similar to crack or meth or one of those adult party favors.

In many ways, 18 months later, I’ve yet to recover from that cold. But I have recovered some; just enough to catch another one.

Like many awful things, my recent sickness from cold started mysteriously. On Friday, October 7th, my allergies were really bad. Or so I thought. My sinuses were inflamed, eyes burning, all that fun stuff. And now a few days later it’s a full-blown mucous party in my head. And in case you’re wondering: there ain’t no party like a mucous party, ‘cuz a mucous party don’t stop.

Who would have thought I could fit a Coolio and Sinatra reference in the same blog post?

Anyway, whenever I get a secondary sickness from cold, I panic. Big time! Maybe not externally, but on the inside it feels like a mix between “Uh oh! I forgot my wallet and the cashier needs me to pay for the 27 bags of avocados I just had her ring up,” and “Whoa . . . I just took ‘shrooms in the middle of the desert. Why did I just take ‘shrooms in the middle of the desert? Hey, hey, guys? Why am I in the middle of the desert? Guys? Guys?! Hey wait, where did everyone go?” Yeah it’s that bad, because being sick on top of being sick with MECFS is a scary thing. I mean how many sicknesses can a guy handle? I already have three active viruses roaming my body like one of those iRobot vacuums (which I really want). Can I really handle a cold on top of it? And if I can’t, what would that mean?

Well, luckily my body has handled this recent sickness from cold fairly well albeit worse than my pre-MECFS days. Within three days I went from sitting up, talking to my cousins, eating scones, and letting enough light in my room that people could actually see me and my abundance of eyewear, to not doing any of those things. Once again my room is dark, I’m drinking meals through a straw, and while I can still talk a little, my voice sounds like I just spent the last 50 years smoking cigars.

The good news, however, is I feel confident with my IV treatments I will recover much quicker than my last sickness from cold. A good sign is the fact that I’m writing this post. I may feel like crap, but if this cold were as bad as I expected it to be, I would not be writing this. I would have lost all modes of communication. I would have had to go back to using hand signals and the tedious alphabet spelling system I still have nightmares about. I would have had to keep my eyes covered at all times and my phone would have resumed its depressing status as an extremely overpriced paperweight. None of that has not happened, but the thought still haunts me everyday: I can’t go back to that life. And to think I lived like that for over a year. I’m not entirely sure how I did it, but then again at some point in the future I may say the exact same thing about this damn cold.

3. My memoir, WHEN FORCE MEETS FATE is now available. If you’d like to support the book (and this blog), please order a copy and leave it a review on Amazon. The book is available from:

18 thoughts on “Jamison Hill Has A Cold”