Jamison Hill Has a Cold Part 2 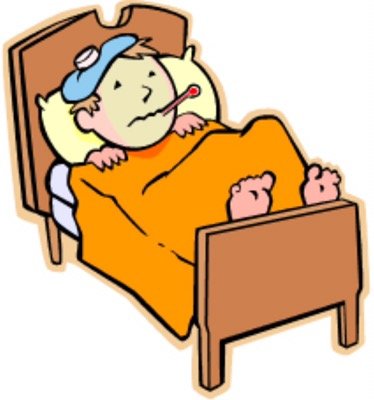 Lately I’ve been posting more infrequently because, guess what? I have a cold. Another one. If only I had a sickness checker. Now, I know there’s just about nothing worse than someone complaining about being sick, so I’ll try to keep the whining to a minimum.

This is the second time I’ve been sick in three months. And by “sick,” I mean sick on top of being sick, because technically, I haven’t been healthy for six years. Ah, damn, am I whining? My bad.

Anyway. This sickness from cold may not be entirely alarming given I recovered from the last one in about a week, but it’s still discouraging, especially considering that my exposure to people and germs is very limited. As I said in Part 1, I’m having a big “mucous party,” and as most people know, “There ain’t no party like a mucous party, cuz a mucous party don’t stop.” Sorry if that grossed you out. Okay, moving on….

The difference between my current sickness from cold and the one I had back in October, is this time I’m prepared. I’ve been taking Zicam, liposomal vitamin-c, elderberry extract, and an obscene amount of other remedies. Oh, and in case you were wondering, yes, I prefer the “hippie” stuff. It was, after all, too much generic cough medicine (and a nasty flu) in 2015 that made me too weak to lift my head. So now I stick to the natural stuff. But it feels, in many ways, as if I’m still recovering from that cold, just as it feels like I’m still recovering from the gnarly case of mononucleosis I got in 2010.

And this is why I’m often paranoid about catching a secondary sickness. But my paranoia does no good. I see maybe three people most days, and they are usually the same people — my mom, a caregiver, and on a good day, maybe a friend. I’ll admit, even as a self-proclaimed misanthrope, it bums me out not to be out in the world sharing germs — having people breathe on me, being coughed and sneezed on, using public restrooms, all the good stuff!

So you may have figured out by now: I’m kind of germaphobic, but for good reason. I’ll explain that in another post. My caregivers often wear masks (because the medications I take weaken my immune system) and I frequently wash my hands, which you may be able to imagine, is incredibly difficult when stuck in bed without running water.

But when you’ve had two colds in three months and none in the year and a half before that, it’s anybody’s guess why and how you’re getting sick. I wish I had a sickness checker. It’s like the pathogens are conspiring against me. Damn pathogens! So this is why, for once, I’m actually going to solicit advice. How do you avoid getting sick? And when you do get sick, what remedies do you use? Tell me your secrets … Please?

*Oh, and please subscribe to this blog, I’m getting close to 5,000 followers and damn if I don’t love a good milestone.

28 thoughts on “Jamison Hill Has a Cold Part 2”