The Day I Killed Someone 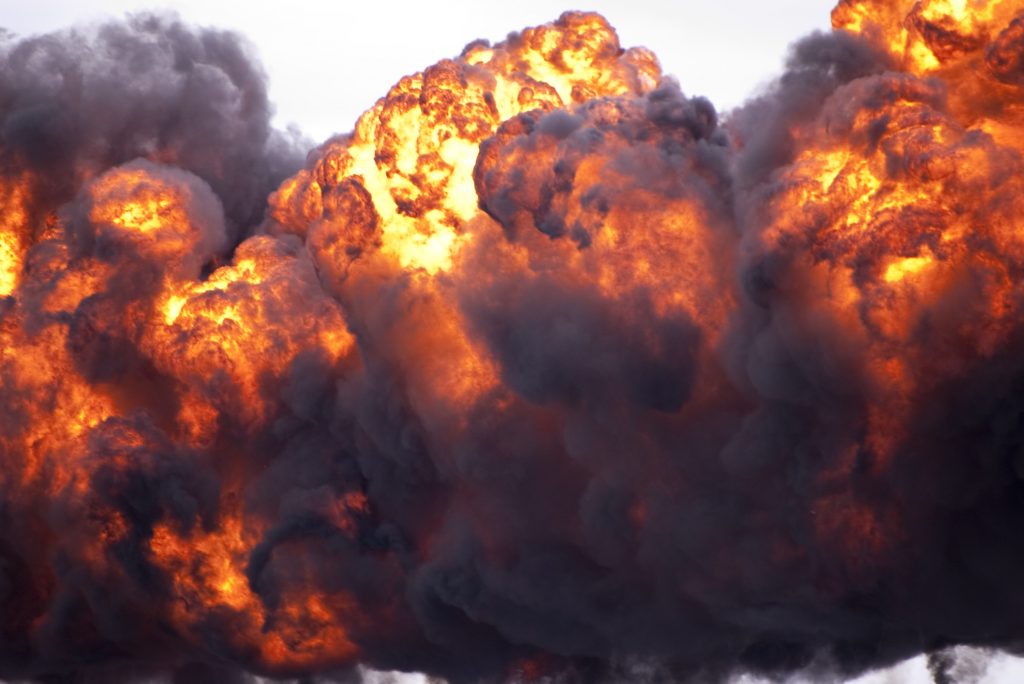 This essay was originally published by The Bold Italic.

I stood there on the Napa River Bridge, gripping the railing for what seemed like the longest time, trying to figure out what had just happened, as a fireball engulfed the wreckage of crunched metal to my right.

Thirty minutes earlier I had been sitting in my friend’s living room, basking in the homey smell of corn dogs cooking in the oven. Now I was standing by a human body trapped in an open-air fire, billowing smoke into the sky. My mind was in disarray as I looked out from the arched causeway leading to the vast marshland on the horizon. I couldn’t appreciate the captivating view. Staring at it was like trying to listen to my favorite song with a screaming child in the foreground. That’s the thing about trauma—there’s no distraction or comfort to be found.

I had just driven 60 mph head-on into a stopped car. I was not only walking and talking, but had no visible wounds or injuries from the collision. The other driver had most likely died upon impact before his body perished in the fire. His car was sitting in the middle of the highway—without its break lights or hazard lights on. Before stopping, the driver had showed no signs of trying to pull over to the shoulder or get out of the car.

I looked to my right. The fireball was getting closer to me, billowing up and out of the burning wreckage it encapsulated. To my left, gasoline was flowing from my car’s punctured fuel line, flowing narrowly past the fire. I imagined it could ignite the entire bridge and everyone on it, including me.

I snapped out of my morbid fantasy when the highway patrolman in charge of the accident scene confronted me.

“Excuse me, did you see what happened here?”

“The other driver’s body?” I asked, for the first time noticing people peering over the bridge’s railing, presumably looking for my body in the water below.

“Yes. It’s not in the car,” he said nodding toward my car, the driver’s door swung wide open.

The patrolman was stunned I was alive. Though I had emerged unhurt, he told me that this stretch of Highway 37, the road that crosses the Napa River Bridge and leads westbound to Sonoma Raceway, was notorious for fatal collisions. Before a median was built in 1995, it was nicknamed “Blood Alley.”

As the patrolman filled out his report, he told me that, based on my tire tracks on the road, I probably only had my foot on the brake pedal for a second or two, reinforcing my belief that I couldn’t see where the other car was stopped due to the slope of the bridge. He then administered a standard field sobriety test, which I passed despite being in shock.

Then I sat, perched atop a gurney, in the back of an ambulance as it drove me to the hospital. Despite my grief, I couldn’t help but feel out of place—being transported uninjured in a vehicle made for injured people. After I was discharged from the hospital, my friends drove me back to their house. Being in a moving car so soon after the accident was beyond unnerving—I kept having horrible flashbacks, hallucinating crashing into the cars driving in front of us.

At my friends’ house, I sprawled out on the floor in front of their television, staring at the ceiling, where more fatal car crashes played out on the blank canvas. Periodically my friends would laugh at something on TV, and I’d snap out of it. How could they be laughing after such a horrible day? I thought. How could they enjoy anything?

Then I remembered—I killed someone. They had not. I had been the one to feel the explosion upon impact. They had not. I had felt the shock waves reverberating throughout my body as I struggled to get out of my car. I had witnessed the horror of a human body on fire. They had not. My friends knew death existed, but I had seen it up close. My friends were sure that they would be alive tomorrow, and the next day, and even months and years in the future. I was not.

For the first time in my life, I felt immune to caring about trivial things. From then on, I no longer cared about who gave me a dirty look at the gym, or who forgot my birthday. I was dissociated from reality—part of grieving. Yet the weeks and months following the accident were filled with bureaucratic and logistical nightmares: How would I get to school without a car? How would I get anywhere without a car? And the scariest question hanging over me was whether I was a criminal.

I lived in constant fear. My friends and family, too, warned me there could be criminal charges looming. One day, the assistant to the DA called me from the Solano County District Attorney’s office. I asked her if I would be facing criminal charges, and to my surprise and relief, she said, “No, we don’t call those people.” Instead, she was calling to tell me that I was cleared of any criminal wrongdoing.

This relief was immediately superseded by the fear that a civil case could be brought against me at any time. The Department of Motor Vehicles was also threatening to rescind my driving privileges.

Just as the potential criminal charges never materialized, my license was never taken away, and the family of the man I killed never brought a civil suit against me. Most problems related to the car accident were eventually resolved, but some remain unsettled. Why didn’t the other driver leave his vehicle? And why, on that day—June 13th, 2009, was his car stopped in the middle of the bridge? I may never get an answer to these questions, just as I may never piece together the broken parts of myself. But as unfortunate as that is, coping with my traumatic past is something I can live with because the alternative—not living at all—would be much worse.

1. Thank you for reading my blog (you may have found it by searching “jamison afflicted car accident”).

I can’t say this enough: YOU are the reason I keep writing. I write these posts so I can share my thoughts and experiences with anyone who will read them. So thank you for giving me a platform!  You can also listen to my blog.

33 thoughts on “The Day I Killed Someone ”