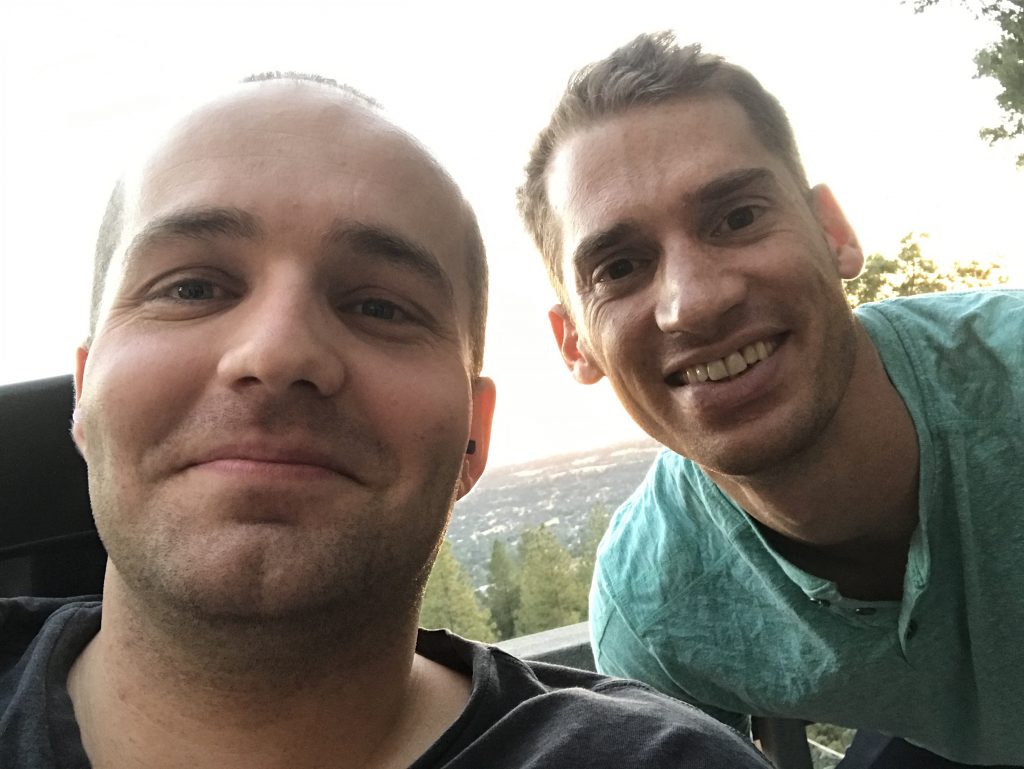 It's been two weeks since my last blog post. Did you miss me? I sure missed you! I really did.

I realize you may not have noticed my absence, which is fine but if you didn't, then: bye!

Just joking, I'm sure most of you didn't notice I took a break, but writing this post has been on my mind almost every day for the past two weeks. Still, it felt good to not write for a bit. I had been going at an intense pace, especially for a sick person. But my mind feels replenished now. So… let me tell you the reason for the hiatus…

I got MARRIED! Okay, no, that's a lie, I didn't get married. Sorry. I didn't even find a girlfriend. But it has been a very eventful two weeks and I'm happy to say that with everything that went down, my body has held up relatively well.

On Monday I went outside for the first time in a really long time. This meant getting out of bed on my own, which I haven't done in more than two years. So it was a big moment for me. And to make the moment a little more special, it was filmed. I can't say what it was filmed for, but I can say there was a full film crew with mics and lenses and cameras that cost more than my college tuition.

I wish I could say more, but you'll definitely know about it as soon as I have permission to spill the beans.

But let's get back to what I can talk about: getting some fresh air. So I slowly lifted my torso upright and shuffled my hips to my wheelchair, then my mom pushed me through the hall and outside to the deck. It was around eight in the evening, but it was still pretty warm outside, probably in the upper 80s. Luckily I had a handheld misting fan to keep me somewhat cool, which allowed me to focus on the beautiful landscape.

It's amazing how a gorgeous view can captivate even someone as preoccupied as me. Despite my blurry vision I was able to enjoy the view. And honestly I can't say the last time I saw any view for the first time. It is renewed experiences like these that mean so much to me.

It was the first time I saw the view on the deck because it was also the first time I left my house. Until Monday I had only entered the house, which is surreal to think about — not only was I in this awful situation in which I couldn't leave my house, but to make it even more bizarre, I was completely unfamiliar with where I was living.

I was moved to the house when I was incapacitated. The paramedics moved me at night so, even if I could have sat up to look at my surroundings, I probably wouldn't have seen much except some scattered porch lights across a dark landscape.

On Monday, however, the skyline off the deck was so vast with just the right amount of light, so I could see all the way to Mt. Diablo in the East Bay. My awe was intensified by the fact that I've been staring at walls and a ceiling for a couple years straight. To go from looking at a view of only a few feet to being able to easily see 100 miles on the horizon was truly spectacular. I cried. Big sniffly man tears.

Then a couple days later I stood up, which didn't quite go as well, but I was able to get my feet on the ground and put some weight on them as I've done a few times in the past several months.

On Friday night I got another midline IV put in, which went well, and even better: I didn't take a dive following the previous four days that I had to go without an infusion. That alone is progress. I used to take a dive after a couple days without IV saline.

Finally, yesterday I went outside again when my buddy, Thomas, came to visit. It was really awesome; we were able to catch a gorgeous sunset and have some laughs.

Through all of this there was, of course, lots of pain and all the usual symptoms I get, but what was most promising for me was how my body held up under what is certainly the most activity and stress it has encountered in two and a half years.

The fact that I can write this post the day after a week of straight chaos — cameras and people in and out of my room and lots of talking and a bunch of other stuff that makes my body hurt — is amazing. And sure there is a lot that I'm still unhappy about in my life, but whenever those things threaten to consume my state of mind, I just remember what it was like two years ago. I channel that very sick guy, living such a miserable existence, and he says "Hey man, you're outside looking at the sunset. I'm still in this dark-ass room looking at the fucking ceiling." And that makes me smile.