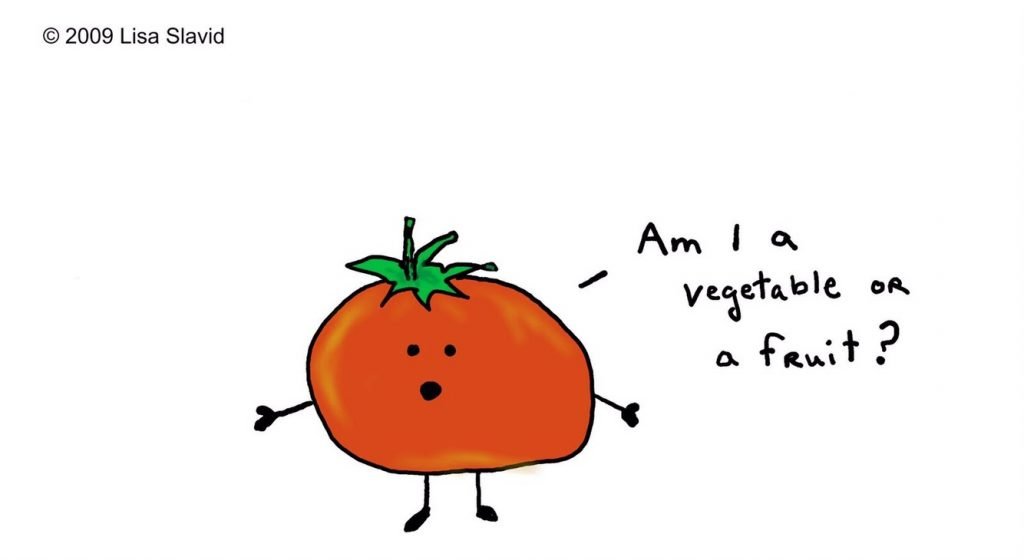 I’ve had MECFS (myalgic encephalomyelitis/chronic fatigue syndrome) for more than six years. In that time, I have struggled with the chronic disease, meaning my mentality has followed a meandering path from terror to confusion to denial to acceptance to advocacy. Now, however, I find myself in a different frame of mind that is a result of new developments in my own health as well as theories of patients and top researchers in the MECFS community.

As I wrote a few weeks ago, I was diagnosed with Lyme disease in January 2017. It wasn’t long before this that I finally accepted (and understood) my diagnosis of MECFS and decided to get more involved in the community, even advocate for more government research funding. So there I was, just settling in with the singular focus of MECFS, then I had to try to understand a whole new disease. It was like studying for an algebra exam, only to find out the test was on geometry as well.

After the Lyme disease diagnosis I had to share my focus and energy between it and MECFS, which admittedly I haven’t done very well. I’ve yet to give Lyme disease nearly as much effort as I’ve given to MECFS. But for legitimate reasons: (1) I was diagnosed with MECFS first, (2) I’ve had it longer (I think), (3) I’m not entirely convinced my Lyme diagnosis is accurate, and (4) MECFS is more misunderstood and trivialized than probably any other disease, including Lyme disease.

But in addition to Lyme I have other conditions like POTS (postural orthostatic intolerance syndrome) and diabetes insipidous. So basically I’m a chronic illness collector, however involuntarily, who specializes in the misunderstood diseases. I’m scared to even consider that I might have other diseases that fit the mold, like fibromyalgia.

All of these diseases have come together in my body to thoroughly confuse me. They have created a disease identity crisis in my mind. Which one do I associate with? All of them? Just MECFS?

If my collection of chronic illnesses wasn’t enough, I’ve noticed that there is a theory within the MECFS community becoming more prevalent, and it has served to only further my identity crisis. The theory mentioned by both patients and MECFS researchers is that the disease might actually be multiple diseases, not one mysterious illness.

Everyone who claims to suffer from MECFS obviously suffers from something, probably something horrible, regardless of whether it’s the same thing other people with the disease suffer from. There are differences in our conditions, however, and it remains to be seen whether these differences split up MECFS into different diseases, or if it’s just varying symptoms which every disease has.

For example, if I compare myself to people with ME/CFS who are sicker than me, patients like Whitney Dafoe and Tom Camenzind, it makes me wonder if we all suffer from the same disease. For two years I was just as sick as them, but even when I was, there were differences between us. Whitney, for example, has severe stomach problems, and Tom too has trouble orally consuming food. They both have to be fed through a tube connected to their stomachs. Thankfully I never had to endure that. I never lost my ability to swallow food, but I did lose my ability to chew solid food and I had to drink liquefied meals through straws.

Another example of varying forms of ME/CFS is found in Julie Rehmeyer’s memoir, Through the Shadowlands. In the book, Julie has a case of MECFS that is spurred by a severe reaction to mold, but through trial and error she manages to make her condition manageable, or at least bearable, through mold avoidance.

On the other hand, I don’t have a severe sensitivity to mold. Of course if you rub mold all over my face I would surely have a reaction, as I think most people would. So perhaps I’m sensitive to mold, but not nearly as much as Julie. And while Julie seems to be able to function at a higher level than me, it is important to note that we have some different symptoms. She experiences paralysis at times when exposed to mold, I haven’t had that issue. I don’t know many specifics about her condition, but in the book she does mention that her NK cell function tested very low as did her cortisol levels. These aren’t always present in MECFS, but they are two of the most noticeable issues in my blood work.

Although there certainly are differences in our conditions, there are just as many, if not more, similarities, making it hard to say for sure if we have the same disease. Shortly, I will share my opinion on the abnormalities I see in the chronic disease, meaning the differences I notice.

When you look at the millions of people with chronic fatigue syndrome, are all these people suffering from the same disorder; do they have the same underlying pathology? Or is one group of them suffering from one problem and in the second group maybe there is something completely different wrong…

While I’ve heard the theory that MECFS could be multiple diseases, or subsets, albeit with similar symptoms, the first time I came across it mentioned with any scientific backing (although I’m sure there are earlier examples) was in a YouTube video by Dr. Jarred Younger at the University of Alabama at Birmingham.

In the video Younger discusses a study he is doing and how the preliminary results suggest that MECFS could be made up of subsets. He mentions that scientific literature has already discussed how there may be differences in the acute and chronic phases of MECFS, as well as the symptoms, whether inflammatory, neurological, etc.

I realize, as Younger points out in the video, that this is a question which has been asked for decades. And it’s vitally important because, if there are in fact different subsets of MECFS, they will need to be treated with different protocols. For instance, an anti-inflammatory treatment might do wonders for one subset of MECFS, while an anti-viral treatment might help a different subset.

Shortly after Younger uploaded the video on YouTube back in June, I asked him a question on Facebook. I can’t remember my question verbatim, but it was basically: Is it possible for there to be different subsets of the same disease or would MECFS be split into entirely different diseases? And I got this response:

It’s not that I don’t agree with the answer I got; I’m just skeptical. It’s difficult understanding a chronic disease meaning. And admittedly, I know little about the science behind MECFS, but it seems too coincidental that millions of people across the world have such similar symptoms but different diseases.

Take myself, Whitney Dafoe, and Tom Camenzind. Each of us were young, active men who eventually lost our ability to speak and eat, and couldn’t tolerate lights or sounds. That, in my opinion, has to be the same disease. But okay, I’ll play along: Maybe we’re all part of one subset.

Now, let’s compare myself with Julie Rehmeyer; we both have experienced post exertion malaise (PEM) and exercise intolerance. We have felt better after saline infusions. And we have a low NK cell function, as well as low cortisol. Maybe these similarities are a bit broader, but I think it’s still very likely that we have the same disease.

I think there are people who say they have MECFS, but don’t have most of the same symptoms people with the disease suffer from, and are therefore unlikely to have it. Whether it’s someone who is severely depressed and experiences fatigue from the depression, or someone who was misdiagnosed by an ignorant doctor, these people definitely don’t have MECFS, but they still suffer from something. A diagnostic test would (hopefully) confirm that they have a different condition. But I get the sense that Dr. Younger isn’t just talking about this example of people when he theorizes the presences of subsets in ME/CFS. I imagine that (and I could be wrong) he believes there are undiscovered conditions within the subsets, not just common conditions like people with severe depression. In other words, there may be several mysterious diseases yet to be discovered that are all clumped together in the umbrella term MECFS.

Nevertheless I hope the extent to which MECFS is broken into subsets, merely separates the people who solely have depression and other established (or yet to be diagnosed) conditions from those of us who actually have MECFS. Otherwise it’s hard to imagine those of us who have had to deal with so many of the same symptoms and health issues being separated into different diseases, although Younger seems to suggest that even this is possible.

When considering the unraveling of the mystery of MECFS and its origins, I think anything is possible. At this point, if definitive scientific proof comes out resulting in MECFS being broken into separate diseases, I wouldn’t be surprised. But I would be a little heartbroken. I think it would feel like growing up with a sibling only to realize, at some point in adulthood, that the two of you aren’t actually related. This feeling I get pertains both to how I would feel about parting with a disease I have come to so intimately associate myself with (only to have to adopt another) and how I would feel having to uncoil myself from people of whom I have bonded with over having the same disease. The latter would probably be the hardest part.

Some of my best friends have MECFS; these are people who have helped me both financially and emotionally through extremely tough times and I have tried to return the favor. If MECFS were split into different diseases, just like losing family ties to a sibling, I would surely still consider my MECFS friends as meaningful in my present life as they were in the past. But undoubtedly, it would be an emotional blow.

The MECFS community has given me so much, and for such a long time the only answers patients have had while suffering from a disease riddled by mystery, is what we’ve discovered from each other. We don’t know for sure what disease we have; we’ve all just been looking for glimpses of our own condition in each other. That’s how we know what treatments to try, or what doctors to see, or what wheelchair to buy, or when to rest and when to use what little energy we have.

There is finally some scientific answers coming our way about the chronic disease, meaning we might actually have the luxury of not using each other as guinea pigs. But we may also be faced with being separated by the very answers we have sought for such an incredibly long time. And, regardless of its impact on our relationships, we may be more different than we originally thought.

1. Thank you for reading! Please follow for more posts. You can also listen to my blog.

36 thoughts on “A Disease Identity Crisis”