How my Mother Kept me Alive 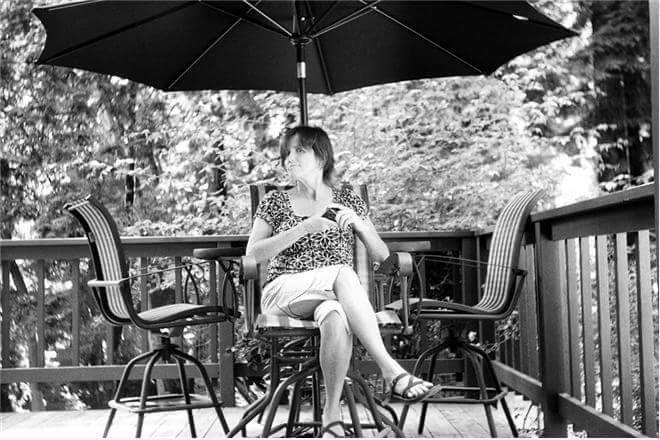 Like all good mothers, mine has nurtured and protected me since birth. She is short and slender, yet I have seen both large men and imposing women crumble under her tenacity. Throughout my upbringing I saw her lecture principals, yell at neighbors, berate baseball coaches, and most entertainingly, shout improvised obscenities at fellow motorists.

Whether she was conscious of it or not, it was my mother’s protection during my childhood and adolescence that, among other things, brought us closer together — she has always been my champion.

But ironically, after rearing me with both unconditional love and unrelenting ferocity, it has been in adulthood that I have needed her most.

At 20 years old I was in a car accident in which the other driver died. In the months following the accident my mother stayed close to me, driving me on errands when I was too traumatized to drive myself. After passing a certification test so I could pursue a career as a personal trainer and group fitness instructor, I remember waiting outside of the testing facility for her to pick me up. It felt like elementary school all over again, but I was immeasurably relieved to have her drive me around.

Following the accident she also helped me navigate the bureaucratic nightmares that come with being in a fatal car crash. She dealt with the insurance companies, the Department of Motor Vehicles, the District Attorney’s office, and even helped me buy a new car when I was comfortable enough to drive again.

But it wasn’t until 2010, during my last year of college, that my reliance on my mother became a matter of sheer survival.

That fall I drove to her house for Thanksgiving dinner and started to feel unusually exhausted. By then I had been working nearly seven days a week as a group fitness instructor and had just participated in a bodybuilding competition on top of finishing my coursework, so I thought my symptoms were from overtraining. But soon after returning home I became violently ill.

I had intense bouts of nausea, a fever, and overwhelming fatigue that never subsided. I eventually became too sick to attend my classes or take care of myself. Within hours of dropping my courses for the semester, my mother drove to my house, packed up my belongings, and held me up as I stumbled to her car. There she was, barely five feet tall, practically carrying her adult son outside.

I leaned on my mother quite a bit over the next few years, both literally and figuratively, as I searched for a doctor to diagnose my mysterious condition, which often left me too weak to leave the house and always on the verge of vomiting. I was eventually diagnosed with myalgic encephalomyelitis (or chronic fatigue syndrome), a multi-system disease that severely impairs metabolic functions in the body. My mother and I soon started making monthly trips to Lake Tahoe to see a specialist to treat the disease. That’s when I first saw a new level of my mother’s ferocity.

During one of our trips to Lake Tahoe, the doctor prescribed me an experimental antibiotic treatment. My mother and I drove to the pharmacy with an air of hope: Perhaps it would be the answer to my ailing health. I waited in the car, too sick to pick up my own medicine. Several minutes later my mother burst out of the pharmacy — arms tense, face flushed, eyes red and rheumy with a rage that would have made a federal prosecutor want to go home, take a warm bath, and smoke a cigarette.

My mother proceeded to tell me how the doctor ordered a prescription that I had to pay $2,000 for out-of-pocket. Earlier that day he assured both of us it would be covered by my health insurance. Without saying much else, my mother drove back to the doctor’s office and stormed inside. I waited in the car again. Ten minutes later she reappeared with a plastic bag full of little sample boxes.

She told me she had barged into the doctor’s office. When he said there was nothing he could do, she yelled, and I mean yelled so loud I heard her outside in the parking lot. Instead of calling the police to report the enraged mother of a severely sick patient, the doctor wisely threw every sample box of the antibiotic he could find into a plastic bag and told my mother he was sorry. I have a feeling he was more scared than sorry.

As triumphant as that day was for me and my mother, it had no long-term effect. Over the next couple of years I got progressively worse and had to rely on my mother for almost all of my basic needs. I eventually lost my ability to speak, then my ability to eat solid food, and finally, I lost almost all of my mobility — I couldn’t elevate my body to get out of bed or even turn on my side. I was stuck in a supine position and my mother actually had to push my nearly lifeless body on its side so I wouldn’t get bedsores. Suddenly, she had the stress of taking care of her invalid adult son. The weight of both our lives fell on her shoulders. After working all day she would come home and wash me, then figure out what food to purée and spoon feed me.

In an instant, my mother’s role in my life went from maternal nurturer and protector to professional caregiver providing life support. I was in my mid-twenties, an adult, yet I had lost every bit of my independence and privacy. My mother helped me use “the bathroom,” except there’s no bathroom in bed, so a few times a day she emptied a plastic urinal I kept next to me. Then, once a day, she cleaned me up after I defecated on a garbage bag placed over my mattress.

The first time we went through my “bathroom” routine I was deeply embarrassed.

“It won’t always be like this,” she said disposing of a soiled garbage bag as I dug my head as far into my pillow as possible to shield my embarrassment.

And while it turned out she was right — things have gotten better — in that moment I had no choice but to swallow my pride and be grateful that my mother was keeping me clean and alive.

Now, seven years after the fateful day in college when my mother had to carry me to the car, she is still taking care of me in many of the same ways a mother cares for an infant child. A paid caregiver usually stays with me while she’s at work, but otherwise it’s just the two of us fending for ourselves, trying to keep our small world afloat.

Even as my health has improved over the last few months and I’ve started to eat solid food and speak short sentences again, my mother still has the burden of keeping my affairs in order. I have granted her power of attorney, which means when she isn’t working, she is almost always doing something for me.

There’s no doubt in my mind that my mother would be living a much different life had I not become sick. I imagine she has given up romances, perhaps even another marriage, and I know she has sacrificed going on vacations and going out on weekends countless times so she could stay at home and care for me. I also know she has missed dozens of workdays. She even took a leave of absence from her job to be my full-time caregiver.

I cannot begin to express my guilt for the sacrifices my mother has made for me. But I have yet to see a shred of resentment from her, which baffles me. If she became sick back when I was healthy, it’s hard to imagine myself giving up college, career aspirations, bodybuilding, and my dating life to care for her full-time. Even if I had, there’s no question that the care I would have given her would have been far inferior to the care she gives me now.

The way we live is both a heartbreaking reminder of how life can erode over time and a beautiful testament to the love my mother and I share. I never expected to be 29 years old with my mom still taking care of me in such a vital way. I imagine she feels similarly, but I’m glad it’s her who cares for me; if it was anybody else I don’t know if I could trudge through each day.

The only thing more terrifying than acknowledging that my health may never return is that my mother won’t always be around, whether I need her to care for me or not. But instead of dwelling on the inevitable, impermanent trajectory of life, I find peace in being able to spend time with her every day and focus on everything we’ve been through together, even when we have disagreements.

Recently, I was using some of my reclaimed energy to handle my own affairs again and take some of the burden off my mother, but she insisted that I avoid stress and let her handle them.

When I got irritated by her insistence, she turned to me and said “I’m just trying to protect you.”

I paused for a second and smiled. Then, cleansed of my frustration, I said: “I know, mom, you’ve always protected me.”

25 thoughts on “How my Mother Kept me Alive”