Jamison or Jameson? My Name is not Like the Whiskey 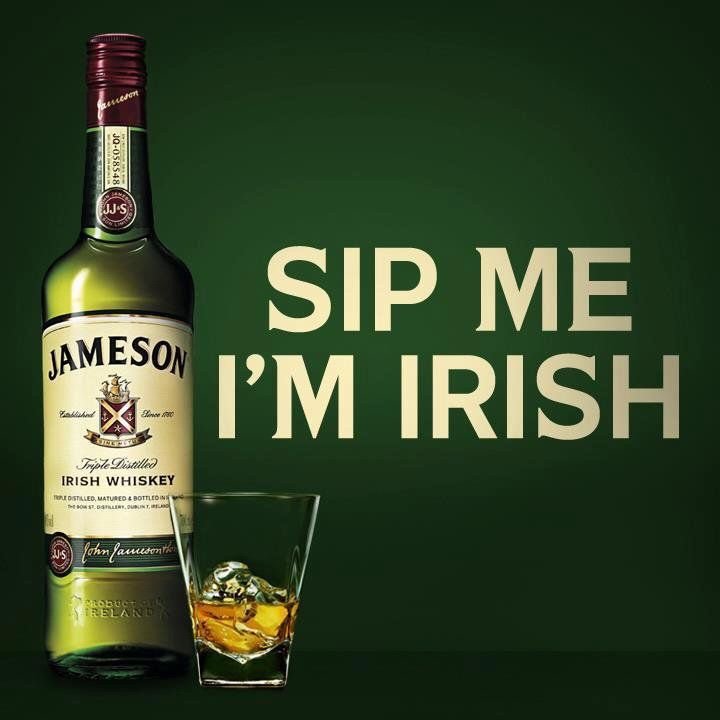 People always ask me: “Is your name Jamison or Jameson?”

While both are commonly used as names, let me explain which I use.

For my entire adult life, which admittedly is not nearly as long as I make it sound, I have been compared to a brand of whiskey–Jameson Irish Whiskey. If you’re at all familiar with alcohol, then you’ve probably tried it, or at least seen its green bottle somewhere.

Among the people who flock to me for no apparent reason other than my name’s similarity to a brand of Irish whiskey, are people with drinking problems, frat guys, popular kids in high school, tourists of Ireland, and pretty much anyone who has ever walked into a bar or liquor store.

These people sometimes start a conversation with me with what seems like the sole intention of noting the symbolism of my name and that surely my parents must have conceived me with Jameson on their breath. But this, of course, is not true. I was actually named after a road, Jamison Creek Road, which, you guessed it, was named after a creek.

Nevertheless, people can’t seem to stop telling me how cool it is that I’m named after Jameson. Except I’m not. It would be cool, I guess. Although I’d probably worry about the sobriety of my parents and their fondness for an alcohol that, just like the commercial says, is best consumed in moderation.

Still, these people persist and the comparison usually starts off with something like, “Oh, Jameson—like the whiskey?”

Now, imagine their disappointment when I tell them, “No, actually it’s not like the whiskey, my name’s spelled differently.” That’s just not what they want to hear; I totally get it. If my last name were DiCaprio, people would inevitably be disappointed to find out I wasn’t related to the famous actor.

The source of my frustration with the all-too-frequent comparison is similar to a much more moronic blunder that people made while I was in college. My roommate, James, would often accompany me to parties. For one reason or another, he always seemed to enter the party directly in front of me. First, he would introduce himself, “Hi, I’m James,” then I would follow in succession, “Hey, I’m Jamison.” To my initial confusion and later disbelief, someone would almost always look at me and say, “Wait … you’re James’ son?”

And that, folks, is why I cling only to a small amount of faith in humanity, especially when it involves drunk people. I mean, I get it. Kind of. “Jamison” does sort of sound like “James’ son” and James did look a bit older with his beard, but come on… his son? Really? And if you’re wondering if these intoxicated college students were joking — I wish! They were entirely serious, albeit with the look of someone from the movie Dazed and Confused.

Would I rather Jamison or Jameson?

Is it Jamison or Jameson? Well, it’s Jamison. Of course. But I realize that not everyone feels that way. Just look at the Reddit discussion in the topic—almost everyone thinks Jamison just doesn’t look right. Which is funny because, after several decades of looking my name, I think Jameson doesn’t look right.

Humor aside, there is, at least for me, an important lesson to be gained from people mistaking my name for a brand of whiskey. I love my name—always have. It has become a distinguishing feature of mine—but even if I didn’t like it, even if the world’s interpretation of my name bothered me to the point that might compel some people to change it, I would still want to keep it because its part of me, like a birthmark or the color of my hair.

I realize that people change these things about themselves, too, but not everyone. In fact, lots of people don’t remove birthmarks or change the color of their hair. That’s how I feel about my name.

My name is something I was given; I didn’t choose it, but I like it. And I live with it because I look at it as a gift. I love how unique it is; I don’t love when people ask if I spell it the same as the whiskey, but I do love the name Jamison. And I would rather have people correlate my name with a popular whiskey than confuse it with the five million other people named John in the country. (No offense to the Johns out there.)

So where am I going with all this? Good question. It brings me back to the whole “Jamison or Jameson” thing. Unlike most of my posts, this one doesn’t really have a takeaway, other than a lot of people think my name is spelled like the whiskey. And while sometimes it bothers me when people do this, other times I don’t mind it at all. I’m sure there’s a some wisdom to be found here. Perhaps: Learning to live with things that are out of your control? Sure, that’s a good practice, let’s go with that.

And thank you for the wonderful comments everyone left on the last post. One lovely person pointed out how awesome it is that you leave such detailed comments. I agree and I also feel bad that I can’t leave just as lengthy responses, but I definitely read every comment and do my best to respond in some form. So thank you again!

2. I am fundraising to pay my medical bills so if you’d like to help out by buying a shirt or hoodie I would be very grateful! Or please consider supporting me and my blog by donating here.

3. My memoir, WHEN FORCE MEETS FATE won an IndieReader Discovery Award for best nonfiction. If you’d like to support the book (and this blog), please order a copy and leave it a review on Amazon. The book is available from:

28 thoughts on “Jamison or Jameson? My Name is not Like the Whiskey”