My Modern Love Essay is in The New York Times 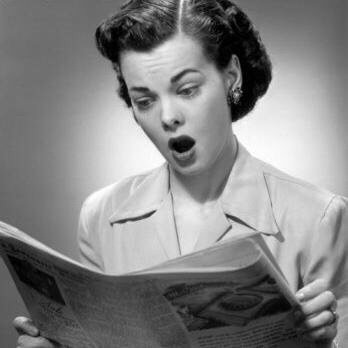 One evening a couple weeks ago I woke up from a nap and groggily checked my phone, then my email. Sitting in my inbox was a response to one of my Modern Love submissions, a message from Daniel Jones, editor of the Modern Love column at The New York Times. Even if you haven’t heard his name, it’s likely you’ve read his work or perhaps even listened to him on the Modern Love podcast.

I have been familiar, probably even obsessed, with the Modern Love column for years (I had sent in at least two Modern Love submissions). As far as essayists are concerned, there is no bigger platform. One former contributor to the column called it the literary equivalent of landing a spot on American Idol.

It’s incredibly difficult to get an essay published in Modern Love. Most Modern Love submissions get rejected. I imagine this is because it’s highly competitive, but also because the timing has to be right. For instance, I read that one of the essays chosen in 2012 had better odds as it focused on Mormonism because Mitt Romney was running for president. Even still, timing is always tricky. Last year I wrote an essay about my mom. I submitted the piece a month before Mother’s Day, hoping it would be accepted in time for the holiday. It’s always good to think ahead. Still, I ended up waiting four months for a reply, only to be rejected. You just never know how the submission process will go.

This year I decided to send in another submission, but change things up a bit. I’ll try to take you through my creative process, but bear with me, describing what goes on in my mind could get messy.

I knew I needed to nail down a unique topic if I wanted to make my essays stand out among the countless Modern Love submissions. I wanted to subtly raise awareness about Lyme disease and MECFS by mentioning the two in my essay, as I typically do in all my work. But I also needed something broader, more captivating, something everyone could relate to. So I thought about who I love because, after all, the column is about different kinds of love.

The only problem: I love a lot of people and I’ve written about many of them already. There was one person I hadn’t written about, though. Coincidentally I had been wanting to write about my girlfriend, Shannon, for a long time. After channeling my love for her, I had to figure out how to write about our relationship from a unique perspective.

I tried to focus on the most abnormal part of our life together. If you read this blog, then you know my life is full of unusual things, but I needed the piece to relate to both of our lives. It felt like I had already written about most of the abnormalities in my life. But I went with my first thought, which was to write about how Shannon and I are confined to such small spaces. Then I came up with the idea of comparing that to the lifestyle of healthy couple (we’re both sick, if I didn’t mention that).

Most couples spend maybe eight hours in bed each day, but we spend all of our time in bed. Though, I had some issues with accuracy on this. For starters, Shannon and I don’t live together, so it would be hard to make the case that we spend all of our time together in bed. When we’re together we do, sure, but we’re not together often enough. Unfortunately, for the last few months we’ve both been bedridden in different countries.

With this in mind, I broadened the essay’s scope and narrowed its time frame. This way I could honestly say that when we’re in the same place we spend all of our time together and also mention that we live apart, adding another layer to our already complex relationship.

Then, for reasons I’m not conscious of, the 70s movie “Love Story” popped into my head. Perhaps it was just because I really enjoyed the movie, but I latched onto the famous exchange when Ryan O’Neal’s character tells Ali MacGraw’s character that he’s sorry, and through tears, she replies: “Love means never having to say you’re sorry.” Or at least that’s how I remembered it in my mind.

By some sort of free-association, I decided to change the last part of the famous line to fit with the circumstances of our relationship. I write most of my essays about parts of the human experience, many of which are different for sick people. I have written about how relying on my smartphone isn’t an addiction, it’s survival; I’ve written about how I want to have kids but can’t because of my chronic illness. So perhaps it was this template of sorts that gave me the idea to rework the famous line from “Love Story.” But then came the really hard part: actually writing the essay.

While I wrote the piece, I also researched the types of essays that have been featured in the column in the past. I religiously listened to the Modern Love podcast, which has celebrities read the essays written for the column, and at the end of each episode Daniel Jones, the editor, gives his take on each work. I tried to absorb as much of his perspective from the podcast as possible, but I also combed through his posts on the Modern Love Facebook page. That was a big help. Particularly, I really latched on to a note on the Facebook page encouraging writers to submit their essays even if they hadn’t been perfected. I took that to mean: quality is important, but a submission doesn’t necessarily have to be flawless to get accepted. In other words, syntax can always be tweaked later on. I assume this is because most essays go through a couple rounds of editing before being published, so there’s plenty of chances to polish up each sentence during the editing process. This is also my guess because topic and narrative arc seem to be emphasized in Modern Love essays. I could be wrong on that, but it’s a pattern I’ve repeatedly noticed.

I have read a lot of Modern Love essays and, while there are other similarities, the common denominator I always notice is each essay has an unusual perspective on a relatively common subject. There was the man who dealt with the death of his father through the lens of a dying goldfish, or the lesbian couple who grappled with their evangelical Christian faith, or the single woman who decided to forgo social norms and ask her local baker on a date.

When I opened the email from Daniel Jones I was expecting to get a rejection, but at the same time I suspected that he may surprise me. Mainly because his email came less than two weeks after I submitted the essay and the rejection I got from him last year took four months. This time, I thought, he was either really on top of his rejections or I had just landed the publication of my dreams. I opened the email and found my essay was accepted. Although I have to admit, I had to read the email several times to make sure it properly registered in my mind. For two reasons: (1.) sometimes acceptances aren’t really acceptances — maybe an editor wants you to work on your essay some more and resubmit it, but won’t commit to using it; or (2.) maybe an editor is just being nice and you read the email wrong and it’s really a rejection.

Thankfully, I read correctly. Daniel’s email said that my essay was “lovely” and he wanted to use it. Honestly I can’t remember a moment in my career in which I have been so happy. I used to write about port-a-potties. I once wrote about the best nightclubs in Durham, North Carolina; I’ve never been to Durham, never been anywhere remotely close to North Carolina. And I didn’t even get a byline for those pieces. Now I was going to write, as the podcast says, about “love, loss, and redemption” for The New York Times. And I did. Today you can find my essay, “Love Means Never Having to say … Anything,” online and in the Sunday edition of the newspaper this weekend. Please check it out.

If you can’t tell, now I feel like I can die a happy, or at least content, person. While I may have other goals I want to accomplish, it’s hard to imagine achieving anything more satisfying than writing for my favorite column in The New York Times. This is something that seemed unattainable for such a long time, especially while I’ve been stuck in bed. But I did it. I accomplish one of my loftiest goals without leaving my bed. Ha! Beat that George Saunders! Just kidding. Nobody should aim for trying to accomplish anything without leaving bed. Well, except maybe some really good sex. And sleep. Try to get some really good sleep.

All I’m trying to say is I will probably accomplish many more things in my life, but when I do, it will most definitely be “icing on the cake,” an extra bit of success on top of the things that fate nearly kept me from achieving.

Lastly, thank you for being part of my success — as my health has gradually improved I wouldn’t have kept writing without this blog nor would I have maintained it without readers like you.

1. Thanks for reading about my Modern Love submissions!

2. In case you missed the link to my Modern Love essay above, you can read it online here. You can also listen to it on The Modern Love podcast