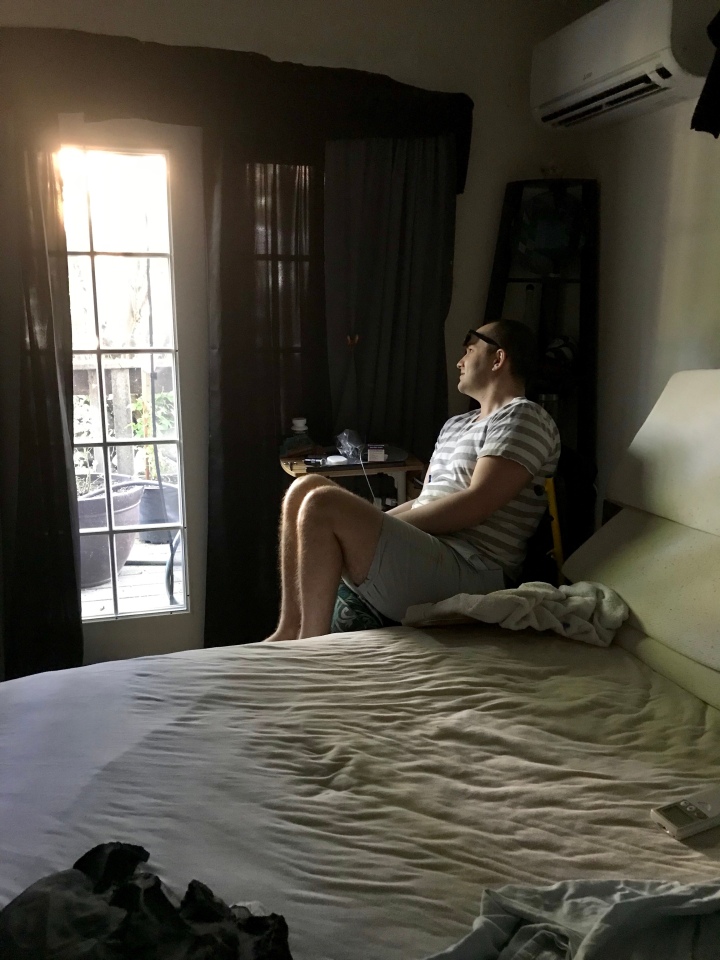 Last month I was without electricity for several days. If you pay attention to the news, or you’re like me and listlessly scroll through Twitter, then you probably heard about the power outages here in California.

In October, Pacific Gas & Electric (PGE), one of the nation’s largest utilities, voluntarily cut power to more than a million people in 36 counties in Northern California, at least three separate times. The purpose was to reduce the risk of wildfires, of which the company has admitted their power lines have caused in the past.

The voluntary power outages have done little, if anything, to reduce wildfires in the state. Despite the outages, fires continued to rage from Sonoma to Los Angeles throughout last month. And while the environmental implications and shortcomings of PGE have made national headlines, one crucial aspect has not: the impact these fires have on sick and disabled people.

Thankfully my family and neighbors are incredibly thoughtful and have looked out for me in these situations. In the past, when our area has been without power, we’ve also lost our running water because it has to be pumped uphill to our house. But now that wildfires and power outages have intensified and become more common in California, especially in the fall months, we’ve had to adapt. Our neighbors have let us use a backup generator to keep food from spoiling. They have also lobbied the local water district to use generators to keep our water running during outages. This is an example of a community and government responding to people’s needs. But others haven’t been as lucky.

In one example, while responding to a tweet, the City of Berkeley told a concerned citizen that people who are dependent on electrical medical devices should “use their own resources” or go to an emergency room, instead of offering help directly.

How are disabled people supposed to go to the ER when hospitals and other medical facilities have had to evacuate during the wildfires? These patients and many other bedridden and home-bound people have been left without power to run lifesaving or otherwise essential medical devices.

In another example, a man in Sonoma County died when the power was shut off and he could no longer run his oxygen machine. This is the kind of thing that should be alarming to everyone, and to those of us who are disabled and equally as vulnerable, well, it’s just fucking scary.

Each fall, for the last few years, I’ve lived on edge, hoping a major wildfire doesn’t strike where I live and force me to choose between the lesser of two evils–stay and risk dying in my home or evacuate and risk making myself sicker and getting injured. Just like the sick and disabled people in Berkeley, I would be screwed, left to rely on my own “resources.” I would have to figure out how to get myself into a vehicle and out of danger when I haven’t even been able to get into a wheelchair for the last year.

Some people might say, well, that’s just how it goes–sick and disabled people get left behind if they can’t fend for themselves. But, really, that’s bullshit. I mean, come on, people run into burning buildings to save their pets, a large municipality like Berkeley can’t set up a shelter and some generators specifically for people who need medical care? It’s negligent, and lazy.

Here we are, in mid-November and the threat of wildfires is still hovering over California. The ground and the air are dry, the winds are high, and it still hasn’t rained. For now, all we can do is hope we find a solution to the wildfires that keep getting worse every year, the voluntary power outages that do nothing, and the unpreparedness of those in charge.

3. I am fundraising to pay my medical bills and if you’d like to help out by buying a shirt or hoodie I’d be equally grateful.

8 thoughts on “In an Emergency, Disabled People Are on Their Own”