Last week I officially kicked off the campaign to publish my memoir, When Force Meets Fate. It has been an incredibly long road to get to this point. I’ll tell you all about it when the book is released. For now, I’m just grateful that people want to read the book. I have spent weeks, months really, preparing to promote this book. And to be honest, I wasn’t sure anyone would want to read it. Part of me thought that, after the trouble I’ve had finding a publisher, maybe all the editors and agents who rejected it were right, maybe there isn’t a market for medical memoirs. But I don’t think that’s true. And now I’m determined to prove them wrong.

So far I’m off to a good start. Within 12 hours of posting the campaign on social media, it had a hundred new per-orders. As I’m writing this, it’s at 232, which is a good start, but it still has a long way to get to my goal of 750.

Now, I should explain how the pre-orders work. I’ve gotten comments from some people who think that as soon as I hit the 750 mark the book will be shipped out the next day. I wish that were the case, but unfortunately, it doesn’t work like that. The publishing process is long. So realistically, I’ll be lucky if the book is released by the end of next year.

But that doesn’t mean that there won’t be progress along the way. As dictated by the publisher, once I reach 750 preorders, the publishing process will begin. I have a solid manuscript ready to give to the publisher, but first I have to sell the pre-orders so they know enough people will buy the book before they invest money and resources into it. So the sooner I get to 750, the sooner the world will get to read this book that I’ve put so much of myself into.

After the goal is met, an editor at Inkshares (the publisher) will do what editors do–edit the manuscript and give me feedback. Eventually I’ll get the manuscript back and I’ll make changes. From there, we will likely have to do more edits, developmental or copy edits, or both. Once all the editing is done, there will be proofing to do, as well as cover design and other fun stuff like that. Finally, once the book is set to be released, I will go through another promotional campaign to introduce the book to new audiences outside of my network of friends, family, and followers.

The nice part about all of this is that those who have already ordered the book, or are planning on ordering it soon, will be among the first people to get it. These fine folks will get to say that they supported the book from the beginning, and will also get frequent updates from me as the book nears its publication date. And for those who order three or more print copies, you will get the option to have your name included in the book. 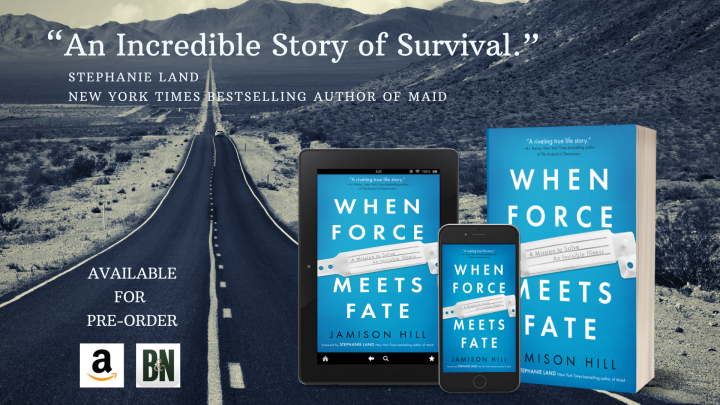 Before you decide about ordering my memoir, let me tell you about it…

On November 28th, 2010, I went to the gym as usual. But there was nothing normal about that workout — I became violently ill. Eventually, I lost my ability to walk, talk, and eat solid food.

Before I got sick, I was a bodybuilder who could lift more than 400 pounds. Five years later, at age 27, I was bedridden and too weak to hold a toothbrush. I conducted life through hand signals in a dark room, unable to speak or eat. My only nourishment came from bland, liquified meals. I spent every day lying motionless in bed — my body paralyzed by pain and weakness, my mind hijacked by flashes of crunched metal, broken windshields, and exploding gas tanks.

You see, I killed someone in a car accident. Then, a year later, I became sick during that fateful workout. Doctors blamed my illness on depression and anxiety from the car accident. They told me to see a therapist and take antidepressants. But I was already doing those things and none of them improved my health.

I’ve spent the last decade looking for answers — navigating hospitals and doctor’s offices, and figuring out how to live with the uncertainty of having a chronic illness nobody seems to understand. While I’ve found some answers, I’ve lost many parts of my life along the way. I’ve had to give up my job, my autonomy, and almost all of my aspirations. But there’s one thing I haven’t lost: my story.

While I’ve been sick, I’ve managed to tell my story through essays in The New York Times, Los Angeles Times, Washington Post, and others. But my dream has always been to write a book about my battle with chronic illness. Finally, after years of searching for a publisher, I now have the opportunity to publish my memoir. BUT I need your help…

I would be equally grateful if you would share the link to the book with your friends and followers. Doing so will help raise awareness for ME/CFS and Lyme, the diseases I have, and by association, all chronic illnesses.

Additionally, here are some ways you can help me reach my goal:

You can read several sample chapters of the book on the Inkshares website. I also have put together a book trailer for those who want to see a video of what the book is about:

Lastly, if you have any questions about the book or the pre-order process, please don’t hesitate to reach out to me.

3 thoughts on “When Force Meets Fate”