Why The Hell am I at Elephant Bar? 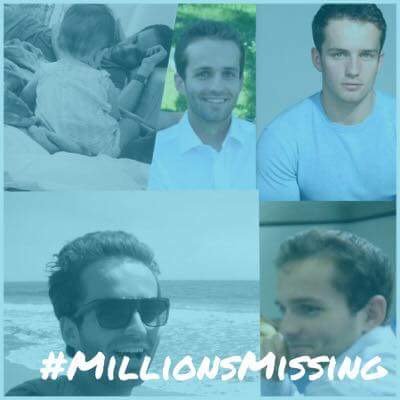 I’m nervous, so terribly nervous that my lunch companion will not show up, leaving me to eat alone, negating the great effort I’ve taken to get myself here; or worse, I’m nervous my companion will actually show up and figure out I’m sick, spoiling the elaborate ruse I’ve been creating for months so my health doesn’t appear to be failing. I know I look healthy at the moment, and that may just allow me to keep the illusion going a little longer, but not 24 hours ago I was curled up in the fetal position waiting out a bomb of intense nausea, crippling muscle weakness, and chills so bad they made my body feel simultaneously dipped in ice and roasted over an open flame.

Then I got the call. “Let’s have lunch tomorrow,” the voice on the other end of the phone said.

Sure,” I replied. After all I have put off our first rendezvous for months, regularly passing up free meals, trips to the East Coast, and rides in flashy cars, among many other perks that come with my job. Eventually a slender man with thinning blond hair approaches the table. It’s surreal to see him, a man I’ve only spoken to on the phone yet have been working as his editorial assistant for the last nine months. I was expecting him to be wearing a three-piece suit but instead I hear a man wearing street clothes with a black leather jacket and fedora say, “Jamison, how are you?”

I gingerly rise and shake his hand. I’m not wearing a three-piece suit, but it appears I did overdo it with my dress clothes.

“Doing well. How are you, Michael?” I ask, starting my greeting with a lie. The truth would have been: “Hey Michael, um, well I feel like dog shit. The last few days have been a slow and miserable march toward death while I’ve been working my ass off for you and intermittently lying prostrate on my bed. But hey, how ’bout that NASDAQ?”

We sit down and Michael, my boss at the widely-circulated financial publication we both work for, unpacks a thick stack of papers, iPad, and more of his belongings on the table. Looks like we’re going to be here for awhile.

As he organizes his stuff, I mentally prepare for the cognitive firestorm that is about to besiege my brain. My goal is to breathe, nod my head often, and speak sparingly — only when necessary. I will do these things and many others — none obvious to my boss. I will conserve my energy for key moments of the meeting when he asks, “So what do you think about that?”

Then I will use my impaired brain to think up a clever and hopefully witty response. I will try to forget how miserable that past few days have been, that I had to stay in bed all of yesterday just to have enough well-being to make it to this lunch. I will pretend I didn’t just spend the last three weeks being cared for at my mom’s house because working and living on my own has become too arduous. I talk to my boss as if I am an entirely autonomous adult who drove himself to this business lunch. But I will remain grateful that my mom was willing, and supportive enough, to drive me to San Leandro, then disappear before my boss showed up just so I could put on a facade; just so it would appear as though this is a mere pit-stop in an otherwise busy day. In actuality this is it for me. This is my entire day. I spent the hours leading up to this meeting in a catatonic state, and afterward I will most definitely retreat to my bed and not get up for a long, long time — we’re talking days, not hours. Then when my boss once again beckons — calling me while he is chauffeured to one of his regular appearances on the television news show, Varney & Co. I will lift my head off the pillow, pick up my phone and speak as if everything is normal, as if I’m not sick and my world is not crumbling around me because I’m addicted to overworking myself. I will do this, all of this, until my body finally gives out, overthrown by two unrelenting tyrants — my mind and the disease.

*Please subscribe below, especially if you want to read the next installment of my Sex and Sickness posts, which I promise is coming soon. Thanks to everyone who has encouraged me to keep writing!

6 thoughts on “Why The Hell am I at Elephant Bar?”