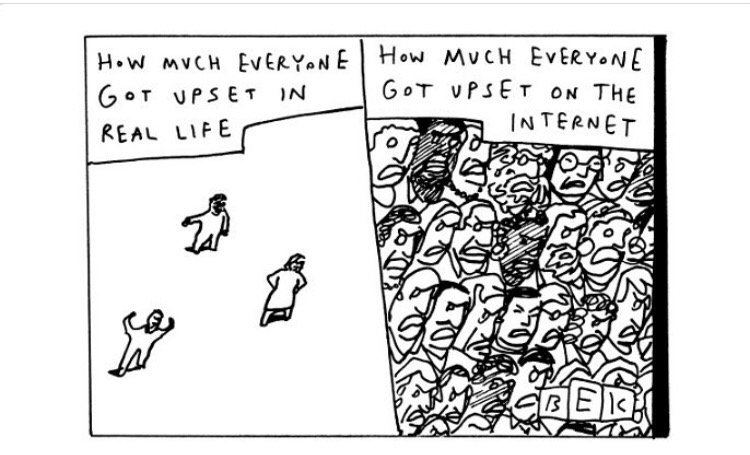 For the most part, I have made an effort to keep politics off of this blog. I realize there are people who read my writing that voted for Trump, just as there are people who voted for Hillary Clinton. Hell, there’s probably even someone reading this who voted for pornstar, Mary Carey during California’s 2003 Gubernatorial recall election. I voted for none of those candidates. And while I may not have succeeded entirely at keeping this blog free of politics, I am an opinionated person, and I am human, so that’s okay with me. Now that the political landscape is shifting, I want to make a few things clear. The following is spurred mostly by interactions I’ve had on this blog as well as social media.

First, I want to make it clear that disrespect or hate of any kind will not be tolerated by me, even if the person does not deem it to be so. In other words, I will not hesitate to block, delete, or use any method available to combat trolls.

This blog is quite literally my domain, as is my Facebook profile and Twitter account, and all the other social media stuff. It’s silly to take it all so seriously. It is, after all, just a bunch of words on a screen made to look presentable by some otherworldly language that all comes together by thousands of miles of fiber optic cables underground. Okay, yeah, maybe it’s more serious than I thought.

But anyway, I feel this needs to be said in order to set some people straight. In the past, I have had people tell me what I should and should not write about, and more recently, I had someone tell me, during a heated Facebook argument, that I “lack comprehensive reading skills.” The first person was marked as spam, because anyone who tells me what not to write is just that — spam. And the second person, although he was once someone I called a friend, I blocked and deleted on Facebook. It is a bummer that it came to that, but here’s the truth for you: It doesn’t matter how close our relationship is, if you insult me — question my intelligence — I will absolutely cut you off. I have a debilitating disease that makes it incredibly hard to string together coherent sentences (let alone read the garbage this guy was saying). He has no idea. This post — these words I’m writing — is a damn miracle. I couldn’t do this a year ago. And by the way, I’ve had essays published in major publications like Men’s Journal and Quartz, so despite my disability, I think my reading comprehension is just fine. But for him to insult me in such a way is, as far as I’m concerned, on the same level as Donald Trump making fun of a handicapped reporter, which whether you believe he did or did not do on purpose is irrelevant — insulting someone is insulting someone regardless of how you justify it.

For the guy who recently insulted me, I had not heard from him in years — not when I first got sick, not when I was near death — not even a text or email. Yet he did not hesitate to lash out at me on a post which featured an exact quote from Donald Trump — one that was insulting, degrading, and disgustingly lewd. So that person is gone, thankfully. But my greater point is, and I recommend other people who value peace of mind consider it, anyone who does not bring something positive to my life, including my life online, is best dismissed. I cherish different views, and I encourage people to express their opinions with me, but they better be respectful is all I’m saying.

Let me leave this post with an image. Think of online interactions as visiting someone at his or her home. If I comment on your post, I’m stopping for a cup of tea; if you say something on my post, you are coming over for dinner. Now, I can’t remember a time when I was a guest at someone’s house and I suddenly and belligerently started shouting insults. Well, there were a few drunken times during college, but hey, that was college. Anyway. Let’s keep it classy — stay respectful and all will be well (I hope).

*On a lighter note, we’ve sold 85 “Show M.E. the Money” shirts, which means roughly $400 will be donated to the Blue Ribbon Foundation, with an equal amount used to pay my medical bills. Yay! Now, there’s only TWO DAYS left to buy them and I REALLY want to get to 100. Let’s make it happen!