How Chronic Illness Transformed My Masculinity 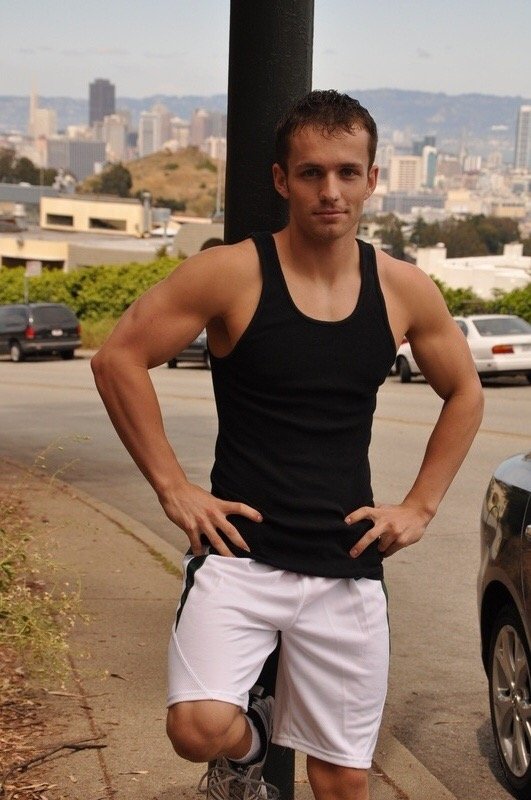 For most of my childhood, or what seemed like it, I wore a similar outfit everyday — a hodgepodge of items mimicking my masculine role models — cowboys, firefighters, and Army men. Most often my outfit consisted of Army fatigues, cowboy boots, and a pair of leather chaps with a matching gun holster and a pair of plastic six-shooters. It was a fashion nightmare, but was meant, however unconsciously, to be a symbolic statement of the masculinity I strove to obtain.

As I grew older my attire shifted to Austin 3:16 and Hulk Hogan tee-shirts with a backwards baseball cap. It was not uncommon for me to pose for family photos with my arms flexed. One year my family even enabled my pursuit of what I now know as a fabricated version of masculinity by giving Christmas gifts of homemade barbecue sauce with a label featuring my shirtless chest and a model’s expression on my face.

Six years ago, at the peak of young adulthood, I was finally on my way to living up to my male role models. I was, in fact, what some might consider the epitome of masculinity — a scruffy-faced young man with dimples, big muscles, a nice car, and determination to succeed at everything he sought to accomplish.

During the week I took classes at Sonoma State University, a small commuter college about 50 miles north of San Francisco, and taught group fitness classes in the evenings. On weekends, I drove to San Francisco for modeling photoshoots and taught more fitness classes. On the occasional weekend when I had nothing else to do I threw on a pair of posing trunks — a skimpier version of a Speedo — applied a fake tan solution and competed in bodybuilding competitions. Although these competitions did not feature the same steroid-infused physiques seen in modern day muscle magazines, or even Arnold Schwarzenegger’s prime, the on-stage pose-downs definitely had the same bravado. To train for the competitions, most, if not all of my days ended at the gym — late at night after all my endeavors were put to rest and I could blissfully lift weights for a couple of hours all by myself.

Then, in 2010, everything changed. I came down with a severe case of mononucleosis that never got better. I then discovered it’s common for some people to have lengthy cases of the illness, but after six months it’s considered something more severe.

Eventually, I was diagnosed with myalgic encephalomyelitis. According to the Centers for Disease Control and Prevention, at least one million Americans suffer from myalgic encephalomyelitis (or chronic fatigue syndrome), a multi-system disease that severely impairs the body’s metabolic features and often starts with a viral infection like the Epstein-Barr virus which causes mononucleosis. My case was so severe I eventually lost my ability to eat, speak, or raise my head and limbs. I was so weak I couldn’t even hold a pen to sign my name to be discharged from the hospital after being taken to the emergency room extremely malnourished and dehydrated.

I had fallen a long way down a dark hole I never saw coming. And as my health continued to deteriorate, so did my masculinity. Within a few short years I had gone from an Adonis to a weakling. I no longer felt like a man.

I couldn’t lift weights or flip tractor tires. I couldn’t have sex, or earn a living to support a family, let alone myself. I couldn’t do many of the things that I considered to be at the core of manhood.

My physique shriveled and my muscles atrophied, leaving me with an odd sensation as I rolled over in bed — without substantial muscle mass to reinforce my body composition, my bones seemed to glide around my subcutaneous fat and fluid like a spoon scooping up Jell-o.

I was bedridden in a dark room within my mother’s house, which although comforting at times ruined my autonomy and further bruised my masculinity. Unable to speak audibly, all I could do to let my family know I needed help was utter a faint whimper similar to the sound a dog makes when left outside in the rain. It was, without question, the most emasculated I have ever felt.

In the last several months, however, I have, with treatment, started to recover. The improvements to my health have also started to revive my masculinity. My voice, although still muffled at times through clenched teeth, has regained its sonority.

I can once again communicate verbally, which allows me to assert myself — something I have always struggled with even when I was healthy and people told me I had an imposing presence. Now I rarely, if ever, hesitate to express my opinion or assert myself in any number of interactions.

And my body too has been resurrected. It is still a far cry from the bodybuilder’s physique I spent countless hours perfecting in college, but it is slowly getting stronger. My bones are now reinforced by more muscle, which has started to rebuild. I can lift my body weight again and hold it steady as I sit at an upright angle in bed.

The other day, my mom told me that years of being sick and disabled have changed me.

“You are a man now,” she said with a proud smile on her face.

I told her it was probably just my receding hairline. But in actuality, I think she was right — I am more of a man now as a disabled person than I was as a healthy person.

I don’t know if I will ever be able to do the things I have attributed to masculinity in the past. I may never again be able to lift weights like a bodybuilder, or have sex like a young man, or take an attractive woman on a date like a bachelor, or support a family financially like a traditional father and husband — but maybe these things aren’t necessary to be a man. Just as I have figured out how to live with being disabled, perhaps I will find my own way of doing these things and filling the void left in my masculinity. Perhaps I will find my own way to be a man — perhaps I have already.

Thanks for reading, please subscribe if you get a chance.

26 thoughts on “How Chronic Illness Transformed My Masculinity ”