Farewell to a Passion 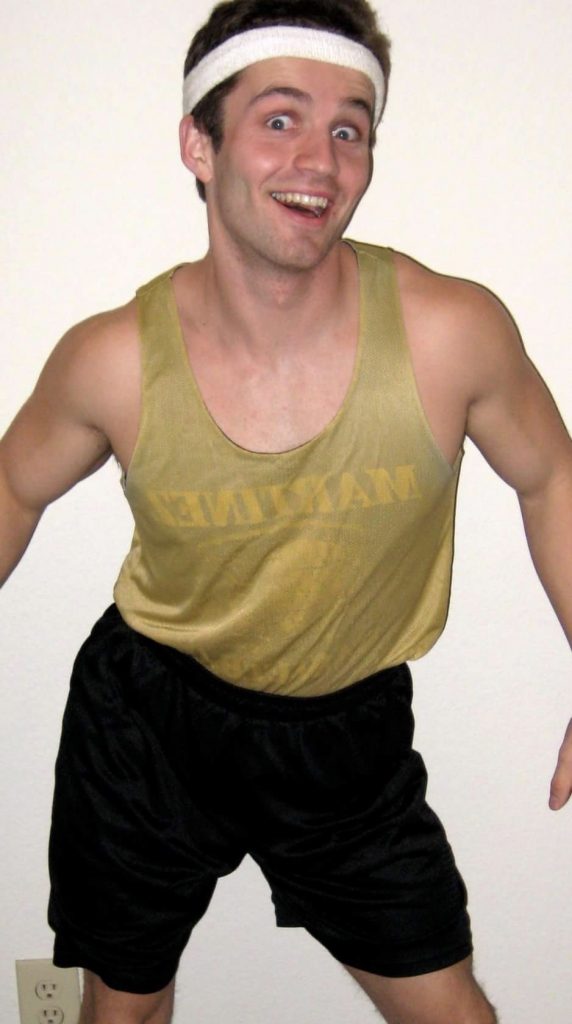 I’m not sure how many people know this, but I originally started this site as a fitness blog. I began writing posts in August 2011, many of which were geared toward people trying to improve their fitness. Check out the archives from 2011 to 2013 and you’ll find a very different tone and theme to this blog.

Actually, on second thought, don’t check out the archives — the first several posts on this blog are awful. They are corny, poorly written, unedited attempts at inspiring people to live healthy and exercise.

I wrote them less than a year after I got sick in November 2010 and I was obviously still very attached to my fitness instructor persona. So much so I even wrote a self-help book of sorts trying to inspire people to be healthy. But like my early posts, and despite lots of time spent writing, The Optimal Balance Plan was pretty hokie and unedited.

I remember when one of my friends bought the book on Amazon without telling me and then read it. She later told me it took every bit of restraint she had to not take a red pen to the text. And now that my writing and editing skills have improved I certainly don’t blame her. I’m actually scared to go back and read the book because I too will probably want to take a red pen to it.

But at the time the point was not so much to write well, I suppose, but rather to motivate people to live healthier. And now that I’ve been sick for so long the irony is not lost on me.

After I became certified as a personal trainer in 2009, my goal was to help people with their fitness. That is, for the most part, why I have continued to renew my certification every two years since. That and if I let my certification lapse I would likely have to retake the test again in order to train clients, which would involve physically going to a testing center and, oh yeah, studying. I emphasize the studying because I initially had to take the test three times before I passed, mostly because I hate studying.

The truth is I have forgotten much of the knowledge that a fitness professional must utilize while training clients. I’ve forgotten a lot of the anatomy and physiology, the business aspects, and even many of the workout wisdom I used to spout-off to my clients.

So I have decided not to renew the certification. It makes me sad to know this part of me is nearly dead, and has been slowly dying for a long time now. I have been a sick person with an inactive certification longer than I have been a healthy fitness instructor training clients.

I wasn’t even able to use the certification for a full two years before my career as a fitness instructor took a backseat to my illness. Yet I still renewed it, three times to be exact. The first time I was certain I would put it to use again. The second time I had my doubts, but was actually able to use it to train a couple clients online. And the third time, well, that’s a story to be told…

The last time I renewed my certification was in 2015. And by “I renewed my certification,” I actually mean my mom renewed it for me. I was completely incapacitated at the time, but through grunts and hand signals I was able to tell my mom how much keeping the certification meant to me. So, after she got off of work one day, my mom sat down with her laptop in my dark room. She proceeded to take the online tests necessary to renew the certification. She was a science teacher for a long time so she had most of the questions nailed, but when she was in doubt she looked over at me as I lay completely horizontal with blankets shielding my face from the laptop’s harsh light. Then she read the choices and I gave her a thumbs up when she called out the correct answer.

She got almost all of the answers correct. But now looking back it feels silly to have gone to such lengths to hold on to a part of me that was all but dead. I mean the irony of a severely ill man, unable to speak or eat solid food, renewing a fitness certification when he couldn’t even lift a pen is kind of comical, but also cringeworthy.

At the same time I know that stubbornness and sentimentality often go together. I held on to the certification when I became bedridden because it meant so much to me. And at the time I had so little to hold on to. It gave me purpose and a sense of accomplishment. If I had died back in 2015 then I would have found comfort dying with a valid certification — a way of showing that I did something with my life.

Why don’t I need that comfort anymore? Well, I still need it, maybe we all do, but I’ve now found it through other sources. I’ve been published in the LA Times and a bunch of other major publications, I’ve told my story and advocated for the research of a disease few people outside the patient community know about. And that is enough for me; I don’t need a fitness certification to feel accomplished.

The only hard part about letting go of the certification is its symbolism and my fear that I will never again be involved in the fitness industry. It is a legitimate fear of mine because I love fitness so much. It is a part of who I am and the person I strive to be.

But I must let the certification go. It is once again set to expire on July 31, and I have decided to let it lapse. Writing these words is hard for me, but there is no logical reason to renew the certification. It costs $500, which would be better spent on my ballooning medical expenses. And although I have gone back and forth about it (and may still change my mind) I think I am ready to move on and focus on a career that lies within my current abilities.

Thanks for reading! I know many people with chronic illnesses have had to alter their careers or forgo them all together, so please feel free to leave a comment and share your experiences.

57 thoughts on “Farewell to a Passion ”