What are you Reading? 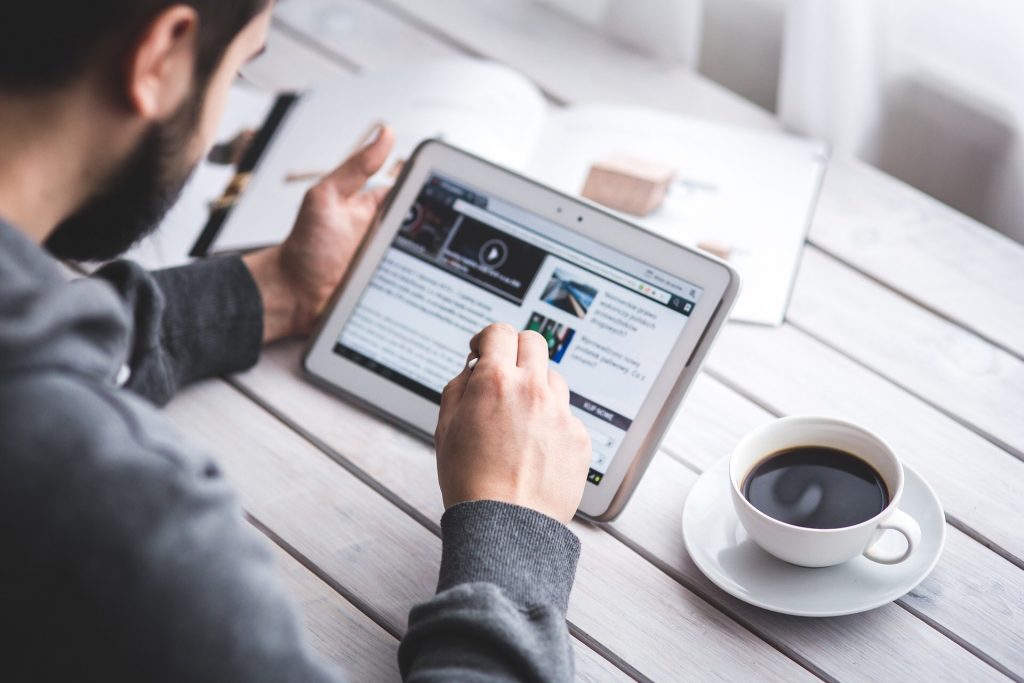 Unpaid labor is not a new idea. But the idea that anyone can write for a major media publication is relatively new. And that’s because some of these companies exploit non-professional writers by publishing their work without pay. One could venture to guess that this contributes to the true problem of “fake news.” These so-called “content mills” include online publications like Elite Daily, The Mighty, Bleacher Report and, until recently, HuffPost.

HuffPost announced it was closing its contributor network of more than 100,000 unpaid writers and adding two new sections to be filled by paid writers. HuffPost’s network of unpaid writers ran for nearly 13 years and created content that drew between 10 and 15 percent of all traffic to its website. The company didn’t pay any of the writers who created that content.

HuffPost, a company that billed itself as a platform for anyone to report the news (hmm, how could anything go wrong with that?), was hit with a lawsuit in 2012, after the company was bought by AOL for $315 million. The group of unpaid writers filing the suit believed they were entitled to a portion of the purchase price.

But U.S. District Judge John Koeltl ultimately ruled that the writers were not entitled to any compensation because “they never expected to be paid.”

And therein lies one of the biggest problems with freelance writing and content mills. In a perfect world these companies wouldn’t exploit writers, or any kind of worker to do a job for free, but the responsibility to ensure proper compensation ultimately falls on the writers. So if you’re a writer: DON’T. WORK. FOR. FREE.

Of all the sites that doesn’t pay its writers, The Mighty has always made my blood boil. The Mighty makes me angry because not only does the site not pay writers, many of them are disabled.

It’s like that news story a few years back about Goodwill paying disabled people far below minimum wage thanks to its nonprofit status. Well, except The Mighty is a for-profit company and doesn’t pay writers at all. As one former editor wrote, the company sells users’ information to pharmaceutical companies and monetizes its content with ads from those businesses.

So while The Mighty may portray itself as “a digital health community created to empower and connect people facing health challenges and disabilities,” it also profits off those people. The Mighty sells itself as a place where “We face disability, disease and mental illness together.” Oh really? Together? As in: You exploit disabled people while making them feel like you’re helping?

I’m not the only one who feels that The Mighty doesn’t care about disabled people — it has faced similar criticism in the past.

But perhaps The Mighty considers itself to be on the level of Facebook, a company that profits from a community of users who post content. But there’s a big difference. Facebook is made up of all kinds of people, notably those who can earn a living. The Mighty profits from many users who have disabilities and can’t work. And not just from their clicks or sloppy posts ranting about their Uncle Pete being a Trump supporter or photos of their meals. The Mighty actually enlists disabled people, many who can’t earn a living, then actually edits their content and publishes it as any other publication would.

One potential solution to this would be for writers to boycott writing for content mills like The Mighty. Collectively, they could choose not to write unless they are paid. But the problem with that is not everyone who writes on these platforms is a professional. In fact, I would venture to say that most are not professionals.

For these people, writing is not a profession, it’s a hobby. Many of the unpaid writers working for content mills aren’t in it to earn a living, they do it for fun, or as advocacy work, or for the potential exposure they could receive if something they write goes viral. And the underlying problem is they put little or no value on monetary compensation and far too much value on the exposure they could, but most likely will not, receive from writing an article for a content mill. Nonetheless, this is why there will always be people willing to write for free and companies willing to profit from them.

Just look at some of the people who wrote for HuffPost’s contributor network. The 100,000 unpaid writers who wrote for HuffPost formed an eclectic conglomeration of people. Some were casual bloggers and citizen watchdogs, while others were political figures and celebrities. Jennifer Aniston, one of my friends from high school, Oprah, and Barack Obama all wrote for HuffPost — without pay. And none of them made their living solely as a writer.

While articles written by celebrities are enticing to readers, they come at a cost to writers like me who have fewer paid writing assignments thanks to content mills. By accepting submissions from just about anyone, these sites not only dilute the market for paid assignments, they give instant credibility to non-professional writers without experience and sometimes even adequate education.

It’s difficult, if not impossible, to quantify how many paid writing assignments would be created if every content mill closed its unpaid assignments and added paid sections like HuffPost did. But it would certainly be progress, which professional writers, and the economy, could benefit from. While this would mean less web content overall, it would mean more quality content. And certainly, it would mean more paid opportunities, particularly for those who write as a profession, not a hobby.

Don’t be a Freelance Writer

Whether you are a paid writer or working for free my instinct is to tell everyone to avoid freelancing. Don’t be a freelance writer, don’t be a freelance anything. It’s far too easy for companies and people to take advantage of you — I once had a client skip out on a $500 invoice, never to be heard from again.

Not to mention, being a freelance writer is not easy, it takes a dizzying mixture of literacy, personality, introspection, and business savvy, among many other things.

I was recently listening to a segment on the Bad With Money podcast about being a freelance writer, which reminded me that some people have to write for free because they have no bylines. I suppose that is where the term “paying your dues” comes from, but still, it’s hard for me to justify free labor. Especially when you consider the enormous corporate wealth we have in this country. But, as desperate as working for free makes a writer look, it makes a company look way worse. If only the public knew about it.

The problem is nobody knows they’re reading content written for free. I would guess that most people used to read HuffPost not knowing that the people who wrote the content weren’t paid. Would this change their reading habits? Would you boycott a major publication if you knew the writers weren’t getting paid? I would hope so, but that’s probably just me being optimistic. I think most people are barely focused on which publication their reading, let alone whether it pays fairly.

So, if you want to support writers and fair wages, please don’t read sites like The Mighty or Elite Daily. And if you’re a writer and you feel you must work as a freelancer, don’t work for free, even if you need a byline to show employers. For your sake and fair pay, write a blog and show that to prospective employers, use it as a vehicle to find a better paying, securer job that suits you.

18 thoughts on “What are you Reading?”