*My blog is not about politics, nor am I a particularly politically-minded person. It is my intent to respect the views of others. If this post offends you in any way I sincerely apologize, but nevertheless these words are a representation of how I feel at the moment and for that I will not apologize.

I did not wake up Wednesday morning with any illusions. I, unfortunately, remembered that Donald Trump won the Presidency. I did, however, wake up to a group of men, whom I was sure were Trump supporters blaring music and shouting in my house. Then I remembered there were some guys scheduled to move furniture downstairs. The point — a rather scary one — is I immediately pegged these decent, working-class men as Trump supporters when they may not have been. And in doing so I got a primal, visceral reaction within my body. I was ready to fight, or at least kick them out. Although they may have been a bit inconsiderate, the truth is these guys were at the very least decent human beings, unlike Donald Trump.

It seems this type of visceral reaction is ubiquitous throughout the country right now. It accompanies a sort of nationwide mourning, which I have not experienced since the days following September 11th, 2001. These dreadful feelings come from a Presidential election — an event that should bring hope and inject the country with vigor. Instead, this election has cast a giant, ready-to-pour cloud over us, a dark cumulonimbus that greatly surpasses the awful gut-punch I felt following the dubious 2000 Presidential election. The feeling is toxic and dangerous not just to others, but to those who feel it. And it is certainly not without good reason. I am particularly vulnerable to a Trump Presidency because I’m severely ill and rely on an already abysmal healthcare system for the treatments that have, in the past year, essentially brought me back from death.

I’m not naive. I know there are many other demographics threatened by Trump, some more vulnerable than me. I am, after all, a white male. But I’m also sick and Trump has promised to repeal Obamacare, and revert back to a decades-old healthcare plan. The truth is Obamacare is nowhere near adequate; to repeal it would topple and already crippled healthcare system. 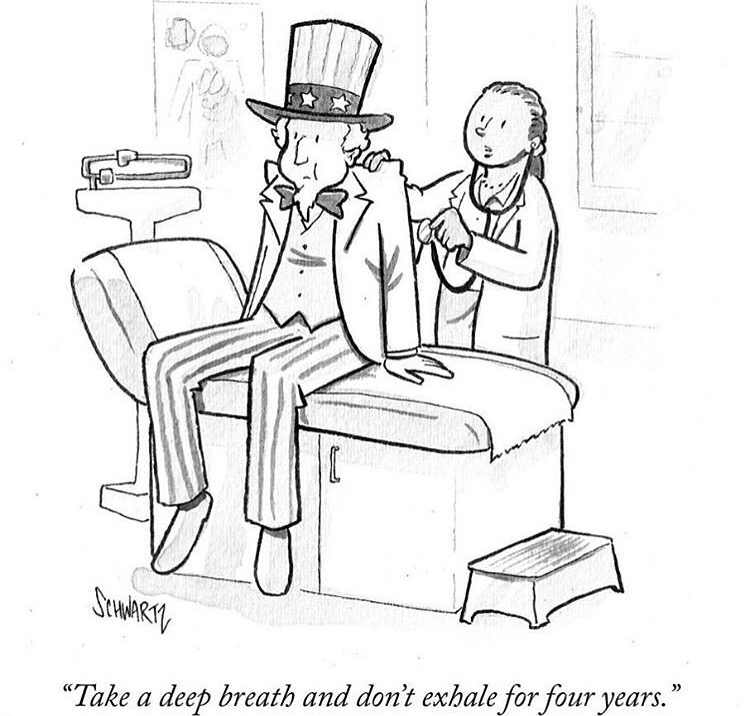 So while I don’t fear deportation (although if not for being bedridden I might flee), or being discriminated against because of my gender, religion, skin color, or sexual orientation, I do fear for my health and perhaps even my life. I tell myself he won’t have the power to tamper with my healthcare to the point I will no longer be able to get the treatments I need, but the possibility is definitely real. Even if I’m still able to get treatment, it is all but certain that what little government funding goes to research MECFS, the disease I suffer from, will vanish. And that is not just terrifying, it’s absolutely egregious. It shows that the evil of Trump extends to every citizen of this country, whether he or she realizes it or not. 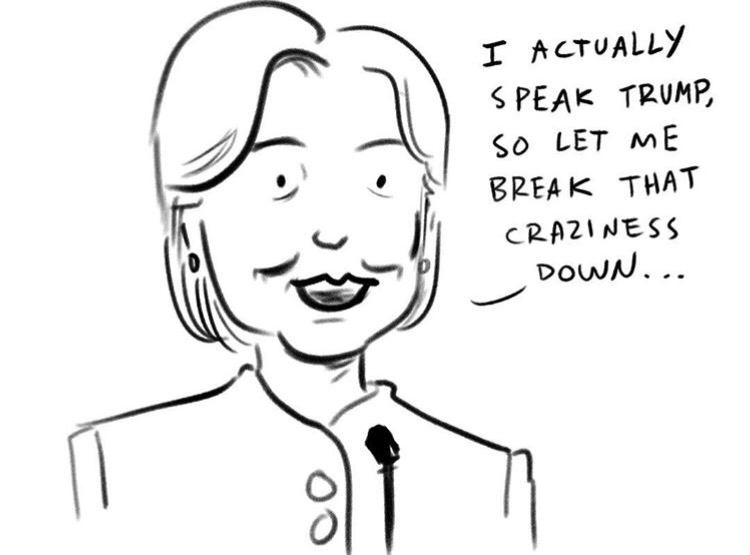 Okay. Can we do some more Trump bashing now? Do you mind? I think we’ll all feel a little better.

I don’t think the people who voted for Trump realize how insane this guy is; they don’t realize this reality TV star turned politician is literally going to cover the White House with a disgusting gold sheen. I mean have you seen Trump Tower? The White House (oops, I meant Gold House) will be transformed from a prestigious landmark to a gaudy blemish. See, his evil even extends to interior design, it’s astonishing. 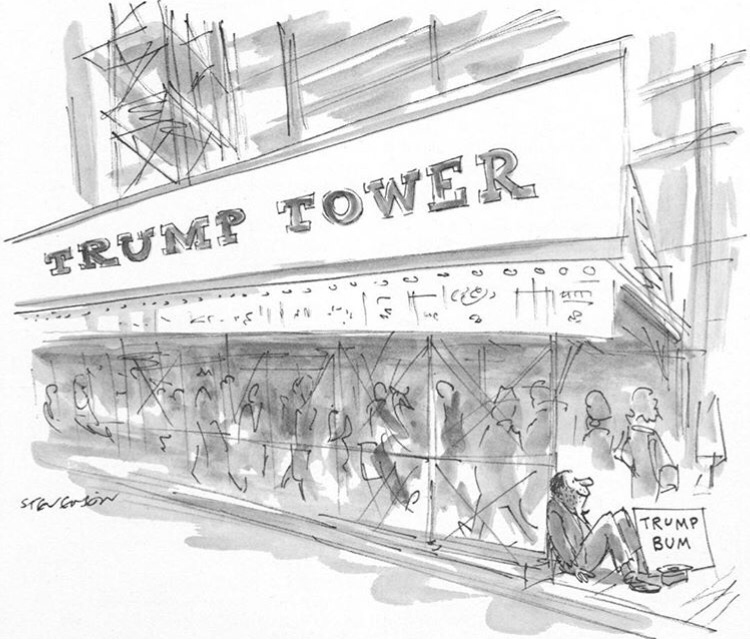 Following the election I read posts comparing Trump’s unlikely rise to the Presidency to that of Ronald Reagan’s. I shake my head at this, and not because I agree with the politics of the 40th President (I wasn’t even alive for most of his time in office), but because Reagan had strong values and morals. He may have made some questionable decisions as President, but he was not a racist or misogynist. He NEVER called a woman a pig, he never sexually assaulted a single female, let alone 12 (or whatever number Trump is now at). Reagan was never endorsed by the KKK and failed to denounce the affiliation. Reagan never, as far as I know, belittled Muslims, whose abrahamic religion shares similarities with Christianity and Judaism. Donald Trump makes Ronald Reagan look like Gandhi. Besides Reagan was a Governor before becoming President, not only has Trump never held political office, he’s never served in the military. Okay, neither have I, but I wasn’t just elected President.

I keep asking myself, would it make sense for Apple to hire a CEO who has never had a corporate job? No, that would be dumb. But that is essentially what has just happened to the most powerful job in the free world.

This man-child  has called Senator John McCain a “dummy” and Maryland’s former Governor, Martin O’Malley a “clown.” I mean, that just is not presidential behavior.

It’s ironic that Trump bolstered his hate-filled campaign around building a wall along our southern border. Now he may have to first build one along our northern border to keep all the ex-pats from fleeing to Canada. If, by some sort of collective governmental idiocy, he actually manages to build a wall it will be the biggest blemish on our country since, well, that time Donald Trump was elected President (remember that? Damn that was so awful).

Why? Well, I could easily and justifiably say it was because I’m sick and physically unable to vote, but honestly, if I really wanted to I could have voted. Do I wish I would have? Yes. Would it have made a difference in the outcome? Absolutely not. And that is a big reason, perhaps the biggest reason why I didn’t vote. Because of the Electoral College and Hillary’s virtually guaranteed victory in California my vote meant nothing except an increase in her win of the popular vote, which too meant nothing. Even if there were a billion people like me in California (okay, maybe the state isn’t that big) who had voted for Hillary, it still wouldn’t have swung the election in her favor. And that is completely unfair.

Now while Trump may have trumped this election, more than half of the people in the country do not support him, so there will always be that.

There I’ve said my part. No more politics, I promise!

*To not read more about politics please subscribe to my blog below.