The Hardest, Most Satisfying Sit-up Of My Life 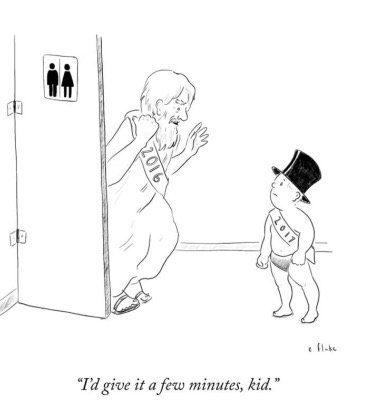 “The output of energy, nervous and muscular, is enormous.”

I’ve never been one for New Year’s resolutions. Whether you want to make more money, spend less money, or conspire to take down an evil demagogue that somehow managed to swindle enough voters and is now going to govern the entire country without any prior political experience, the truth is, only so much is in your control. There are, unfortunately, variables in life that make it impossible to fulfill our New Year’s resolutions (although, if enough of us come together I think we can take down the evil demagogue).

So I don’t know what 2017 will hold. Nobody does. But I try to keep in mind that a year is an intangible thing, and an arbitrary one at that. It is, after all, just a collection of time — 365 groupings of twenty-four hours. And to think that such a collection of time isn’t arbitrary, is to think that D.B. Cooper and the mastermind behind the Kennedy assassination are hanging out on some tropical island right now — it’s a fun thought, but probably not reality. To put a stamp — good or bad — on a group of days is not something I mean to criticize. Instead, I urge everyone not to take that stamp too seriously, especially if it’s a bad stamp. And let’s be honest, 2017 is probably gonna get a big, fat, red stamp. But that’s okay, because it’s just a bunch of days and there will be more to come (assuming no nukes are detonated and global warming doesn’t kill us all).

Ha hmm. Anyway. That being said, I do love a good celebration and I certainly am one for tradition. So if I had to make a New Year’s resolution, it would be to exercise more. Well, okay, given my poor health, exercising is a bad idea. But nonetheless, my goal is to do more sit-ups in 2017. Sit-ups, after all, used to be my job. Before I got sick, I literally dealt with sit-ups for a living. If I wasn’t doing them myself, I was telling someone else how to do them. I’ve done tens of thousands of sit-ups in my life, maybe even hundreds of thousands, if you count every time I’ve gone from supine to sitting or standing. Some have been easy, others have been extremely difficult, but none have been nearly as tough as the sit-ups I’ve been doing recently.

Every few days I shuffle my torso onto a wedge pillow, then another, and then another, until I am at last sitting at a 45-degree angle. For some time I remain there, bolstered by three wedge pillows stacked on top of each other in a scene that can easily be compared to one from Hans Christian Andersen’s “The Princess and the Pea.”

From my elevated position, I push myself up to a full 90-degree angle, which can be tricky if I have a peripheral IV in my arm. And I usually do. My muscles then get weak and my head dizzy as I look around the room for a few seconds, taking in a view that seemed as high as Mount Everest this time last year. That, of course, was when I couldn’t lift my head even an inch in elevation. It is a reminder to me that while things may get better, they certainly don’t get easier.

With trembling muscles and achy joints, I slowly lower myself back down to the stack of wedge pillows and that’s it. That’s my one sit-up for the day, or week, or however long it takes my body to recover and then become antsy enough to do it all over again.

I remember in middle school, when I first started working out consistently, my muscles would tremble and shake as I struggled to do sit-ups. So in some ways I have come full-circle, going from unconditioned teenager to powerful bodybuilder to de-conditioned MECFS patient. I’m not sure what kind of messed up circle that is, but I guess it’s a full one. Anyway. These sit-ups I now do may not be as full-fledged as some that I’ve done in the past, but to me, at this moment in time, they are the hardest and most satisfying sit-ups of my life.

*Hey Everyone! I’m doing a t-shirt and hoodie campaign. Half of the profits go to my ridiculous medical bills and the other half goes to the Blue Ribbon Foundation. PLEASE SHARE!

15 thoughts on “The Hardest, Most Satisfying Sit-up Of My Life”