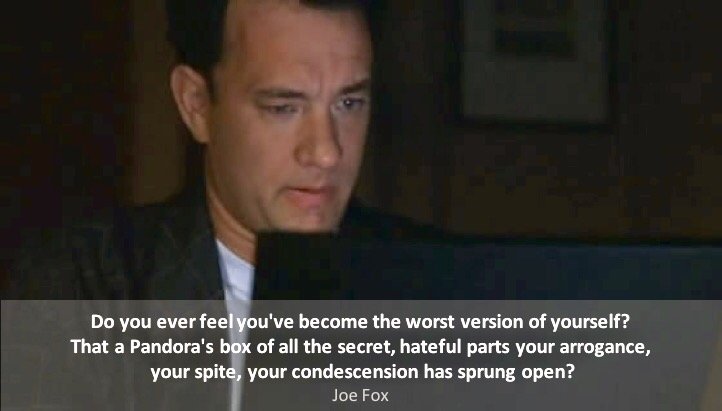 I hate people. Okay, maybe not all people and maybe not all the time, but I can definitely be a miserable and bitter misanthrope. There are many symptoms of misanthropy — self-isolation, standoffishness, truculence— and sometimes it seems like I have all of them. But, to be honest, that kind of suits me because sometimes there is no better way to cope with the horrors of my circumstances, and humanity’s shortcomings, than to just write everyone off.

Don’t get me wrong, I also love people and the way they touch my life — they have the unique ability to lift me from the depths of despair, but in this moment — as I write this post — I absolutely hate people.

Through the months of struggle, even as my poor health has improved, I have developed a sourness in my heart (probably the worst of my symptoms of misanthropy), of which I’m not accustomed to feeling. It has, when compounded with the ennuí I’ve been living with since I first got sick in 2010, pulled me further away from the person I want to be and closer to the worst version of myself.

Of the many symptoms of misanthropy there’s no doubt in my mind that my anger and bitterness toward people is a mechanism justified only in my mind’s account of my suffering. In other words, I’ve been through some awful shit and I can’t control my temper because of it.

I used to be a nice person, I swear. And while I’ve always had misanthropic tendencies, the difference now, I believe, is not that humanity, and the world around me, has changed but rather that I’ve become a less tolerant person. I’m the one who has changed, as have my circumstances. With the trauma I’ve endured in the last decade has come an inability to put up with even the slightest inkling of bullshit.

I don’t have a filter, as my mom says. I’m impulsive. Not Donald Trump impulsive, but I used to have more restraint and patience when dealing with frustration and unenjoyable people.

For me the hardest part of this is feeling helpless in not being able to be the tolerant, poised person I have always been.

Nevertheless I can’t help but feel hostile toward some people, usually those with a lack of decency, even if they think otherwise. In my current situation I have no sympathy for these people, especially when they are able to freely walk and talk — things I cannot do.

In a stew of loneliness I recently started talking to a stranger on Tinder. After a few cordial messages in which I asked all the questions and she asked none, we started talking about her work. She told me it involved a lot of multitasking. I told her I’m horrible at multitasking. She then asked me: “So walking and breathing at the same time is an issue for you?”

This woman obviously knew very little about me. If she had taken the time to ask me a few questions she might have known that I’m bedridden and subsequently used her best judgement (assuming she has any) not to make an insensitive joke.

I kept my reply simple: “Yes, actually, walking and breathing is an issue for me because I haven’t been able to walk for the last two years.” And I may or may not have thrown in a middle finger emoji. Okay, you’re right, I didn’t flip her off with an emoji because, well, that’s just sophomoric. So maybe I’m not as mean as I think I am.

This is probably a good time, however, to admit that I am a profoundly unhappy person. And the fact that I didn’t flood my Tinder match with a barage of four-letter words is uncharacteristic of my behavior as of late. There is, truthfully speaking, very little joy in my life these days, besides writing and corresponding with the few people I enjoy talking to regularly. But even they are witness to my unhappiness.

My lovely godmother, who is probably the most nurturing person I know other than my mother, recently sent me a picture of a rainbow she saw while walking around on a rainy day. My initial reaction was to reply by sending a thumbs down emoji and a frowning face. I almost sent them, seriously, but then I realized two things: (1.) There was no emoji that accurately represented my unhappiness and discontent in that moment and (2.) I would probably ruin her good mood if I sent anything of the sort.

Looking back on this, as well as countless other recent moments when I’ve nearly lost it, I keep thinking: “Who the hell am I?”

Who sends (or even thinks about sending) a thumbs down emoji when his godmother, a kind and thoughtful person, sends him a photo of a beautiful rainbow? I might as well have sent her a middle finger emoji.

For most of my life I’ve been very passive and unassuming, which worked for me to a certain extent. But I had always admired people who showed remarkable pragmatism and faced conflict with no remorse. They spoke their mind and didn’t take flack from anyone. They would not be intimidated and were always up for a fight.

As my personality has shifted more toward these traits, I must say, it’s not all I thought it was cut out to be. As initially gratifying as it is in a hostile situation to say the exact thing you want to say at the exact moment you want to say it, the feeling soon becomes heartbreaking. Nora and Delia Ephron wrote a similar line for the movie You’ve Got Mail and it really stuck with me (obviously since I haven’t seen the movie in years). Joe Fox (Tom Hanks) writes to Kathleen Kelly (Meg Ryan) and asks if she has ever felt like the worst version of herself. I feel like this all the time, or at least lately I do. But I also feel (and know) that I can’t help it and that it’s largely out of my control.

Who can be a polite and happy person while being stuck in bed for two years? Who can be a generally pleasant person when they haven’t gone outside, let alone left a room in just as long? Who, in the name of Vātsyāyana, can be nice to anyone when they haven’t had sex in four years? I’m convinced every unhappy person ever has dealt with his or her own version of these circumstances.

When I find myself in a particularly intense angst, my mood definitely gets the best of me. Lately I have not hesitated to write people out of my life because I feel it is justified. I also feel it is harsh. But I just can’t handle my symptoms of misanthropy, my discontent about my circumstances. It may be a projection of me trying to demonstrate some control over an often unbearable situation — my chaotic life and poor health — of which I have very little control.

Friendship, or any relationship for that matter, involves putting in effort, that of which exceeds sending a two-word text message every other week. I may have been a little harsh in writing her off, most people, my pre-illness self included, would have simply let the friendship run its course, eventually watching it fall away to wherever stale relationships go to die. But this sort of relationship is just too ubiquitous for me right now. I have seen countless people I once talked to daily or weekly regress to a listless “Like” on Facebook or Twitter, if even that.

So here I am, fighting with myself over my crass behavior, but also knowing that it’s okay to have symptoms of misanthropy. I haven’t done anything terrible and given the circumstances I could be a much worse person. The stress of dealing with inadequate health insurance, financial problems, and an ailing body in need of constant care, is immense and enough to turn my soul rotten. But for the most part my soul remains ripe. I am still the same playful and compassionate guy I have always been. So for the people whom I have written off, now is not the time to reconcile, but I hope there will come a day when we can look back and laugh, only to enjoy our rekindled relationship. We are, after all, imperfect and deserve to give each other some slack.