What Happens When Your Best Friend Gets a Chronic Illness? 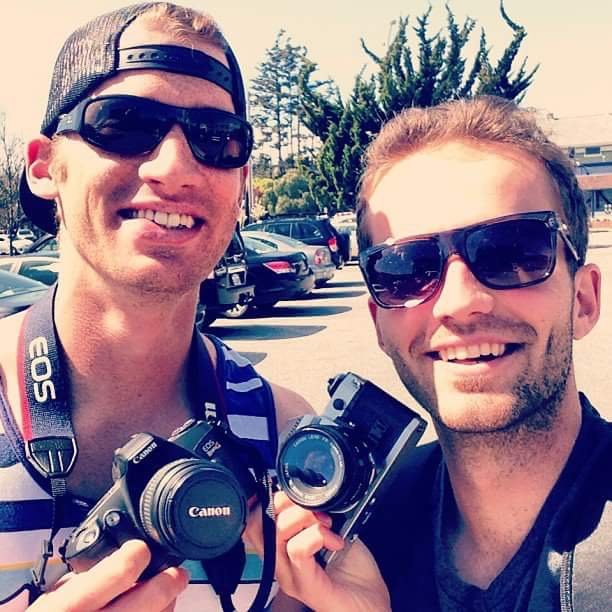 Hello everyone! My friend and college roommate, Thomas, whom I have mentioned on this blog, has written an essay below about my battle with ME/CFS and our friendship. If you want to know more about Thomas, please check out his blog.

I’m Thomas, by the way. I’ve known Jamison since college. We met in 2009 at Sonoma State University surrounded by vineyards and dairy farms, the latter emitting pungent smells of cow manure, or what we students affectionately deemed the Sonoma Aroma.

It was during this time that Jamison and I developed a great friendship. We share a bond that has seen some happy times and some tough times, both of which I would like to share with you on this post.

He Stole Every Potential Future Wife of Mine

I first heard about Jamison from our mutual friend, James. He told me there was a bodybuilder among us at Sonoma State. I had heard stories about Jamison and his feats of strength. So James and I went to watch Jamison’s bodybuilding competition and oh what a spectacular event it was.

Upon our first meeting I noticed he was muscular beyond belief — I thought his pecs were somehow a real life photoshop project.

How did I see his pecs on our first meeting you ask? Well, there is an answer and a rather good one at that. Before James and I went to his bodybuilding show, Jamison and I were both at a Halloween party. He was dressed as a Spartan from the movie 300. He had tight, white compression shorts; a cape, and you guessed it, no shirt. He may have even made his pecs dance at one point, I’m not sure.

It was tough having a conversation with any female that night because every few seconds their eyes strayed from me and wandered to Jamison’s naked chest.

Although he was unintentionally stealing every potential future wife of mine, we hit it off. Soon he became like one of my brothers. I already had four, but at the risk of overcrowding our family tree, I let Jamison into the fifth spot.

He was caring, funny, witty, smart, and I could tell he would do anything for the people close to him. He obviously had the physical strength, but it was the emotional and mental strength that stood out to me. Although I had yet to see the full extent of his inner strength, I could tell he could overcome any obstacle put before him. Any problem. Any issue. Any illness.

Roommates: Battle of the Blender

“I am stressed out, man. There are only two months until the fall semester and I still don’t have a place to live. I guess I could be homeless my senior year. A lot of people do that, right?” I asked James one day.

Fortunately, I did not have to live on the mean streets of Rohnert Park. James had an idea. James was a great guy, full of smiles and red hair, but I’ll save that for another post. This story is about another Jam–.

“Jamison and I are looking for another roommate for our house. Do you want to live with us?” James replied.

I felt like jumping 3.2 miles into the air with excitement. But I didn’t show it. I remained cool as a pickle (shoot, I mean cucumber) in fear, however irrational, that a silly reaction would mean the revocation of this “pinch me I must be dreaming” offer.

“Sure, that works,” I calmly responded.

This was the start of an even closer bond with the man you have all grown to know through this blog.

When I moved in I got a look at Jamison’s playful side. Oh, how silly he could be! We would stay up all night talking humorous nonsense without a dull moment. We would play video games, make plans for documentaries we wanted to make together, and when we were really bored (and feeling competitive), we tried to name as many things in a given category as we could, like U.S. states or countries around the world.

Some of the greatest cinematic masterpieces were created during our time as roommates (Not exaggerating at all. You must have missed the Oscars that year). We made “Battle of the Blender,” a tale of unspoken roommate angst set in the late-2000s.

We also made “A Very Mary Christmas Story”

And of course who could forget “Stand By Me”? The film about two classically trained singers fighting through mysterious voice issues to put on the performance of their lives.

The following Halloween we dressed up as boxers (the athletes, not the underwear — think Rocky Balboa, not Calvin Klein), and sometimes even drank the occasional alcoholic beverage. We spent Christmas together, celebrated birthdays, and grew very close.

It was towards the end of our lease that Jamison got sick. I remember when he came home from the gym complaining of intense chills, strange weakness, and a racing heart rate. There he was sitting on the floor, totally disoriented. His condition looked scary at best. I didn’t know what to do so I just kept checking on him, hoping that like many post-workout scares, this too would pass. But it didn’t go away, it got worse.

Jamison saw several doctors and none of them could pinpoint what was wrong.

Eventually they diagnosed him with mono and we figured he would get better soon enough. We did not know, however, that he would remain sick for the next six years and was in for the fight of his life.

After he got sick Jamison missed a semester of school and had to stay with his mom. His car sat in our driveway and his mail piled up on our counter. These were sad reminders of his struggle, but he eventually regained enough strength to return to school and it was just like old times. Well, almost.

Jamison couldn’t workout anymore and he could only handle taking one class, but our time together was just as fun. On good days we would walk to the park or play catch in the street. He couldn’t lift hundreds of pounds in the gym anymore, but he could still throw a baseball and, as a lifelong baseball fan, I know that meant a lot to him.

Out last night together as roommates on Mary Place, I slept in his room. I was heartbroken that soon he would no longer be my roommate. I wanted to have one last moment close to him.

Even after witnessing his emotional strength and powerful will, I did not know just how strong he would need to be.

Jamison is indeed a fighter. He is in the ring with M.E. getting hit from every angle — bedridden for more than two years now. When I tell people this, they are in utter disbelief, but that disbelief quickly changes to awe when I tell them that he is punching back with every ounce of his being. He will not give up. I have seen Jamison in a completely dark room, barely able to move and unable to speak while having to spell out messages to me one letter at a time. I’ve seen him at his sickest, I’ve read to him when every other form of entertainment was too much for his senses to handle. But now he’s coming back to life. He’s standing again and I know he’ll be walking in the near future.

I know this because Jamison has passion. He has heart. He has perseverance. He is stronger than I will ever be. Jamison is a fighter.

21 thoughts on “What Happens When Your Best Friend Gets a Chronic Illness? ”