Here’s to My Last Year as a Twenty-something 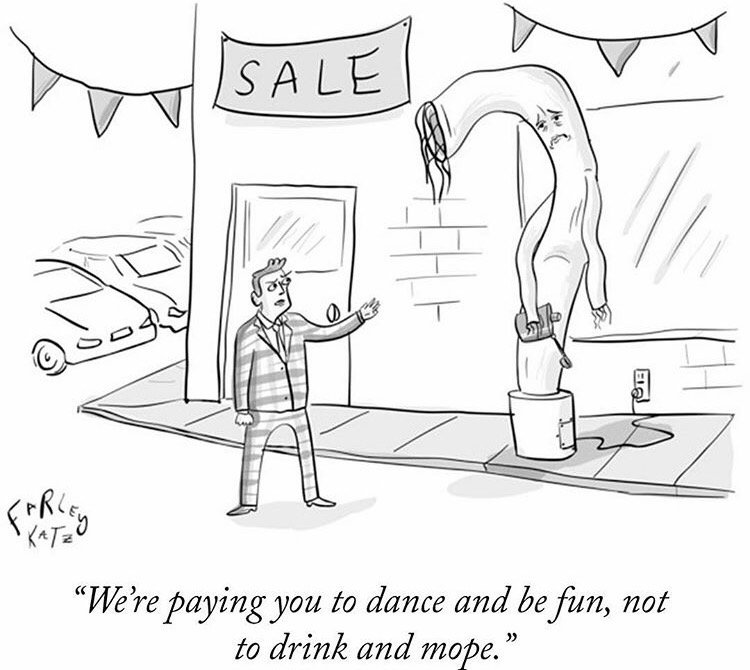 I know some people hate their birthday. I'm not entirely sure why, but I think it has to do with societal pressure to celebrate in a meaningful, and often very public way. Because of this there seems to sometimes be an inevitable let down, at least for the people who become consumed by the pressure that society puts on them to have a big celebration for their birthday.

I've felt this pressure many times. I'm sure everyone has in some way, whether it's a friend telling you to have a big party and invite lots of people or just a milestone year like 21 or 30, begging to be etched in the lore of your social circle. Oh, and I'm sure the way Facebook celebrates birthdays doesn't help — soliciting everyone and their grandma to celebrate your "special day."

I don't want to get too cynical, or even analytical about it, but I often wonder if this pressure comes, at least partially, from the large, themed birthday parties that many people have during childhood. If you grow up having Disney-themed birthdays with dozens of kids all watching you blow out candles and tear through a table full of big gifts, then there will probably be pressure to duplicate those celebrations in various forms throughout your life.

This of course is just my opinion; I certainly don't want to discourage anyone from throwing their kids a Disney-themed birthday party. And the truth is I have never been one to hate my birthday (even though it's often 100 degrees outside). But as I've grown older my birthdays have become less climactic, which has suited me just fine, particularly since I became sick. When your body literally can't celebrate, all the societal norms and pressure to have a fun birthday go out the window. When your body won't allow you to go out drinking until four in the morning, or in my case, even out to dinner, birthdays become much, much smaller celebrations.

On my first birthday after becoming bedridden, for instance, I couldn't even sit up in bed. I couldn't speak or eat solid food, so my lovely mother and sister ordered my favorite take-out, added broth, puréed it, and gave it to me while I drank it through a straw. Honestly though, puréed gnocchi is pretty tasty. It was a small victory in a year of defeat.

That first birthday stuck in bed was a tough one — my toughest so far, mostly because I felt so miserable. But it was around that time that my health started to improve and it may have started, at least in my imagination, with wishing upon a star.

Every year around my birthday there is a meteor shower called the Perseids. A couple weeks before my birthday, I bought my mom a telescope for her birthday. I hadn't seen the sky in more than six months at that point so I decided to try out the telescope.

With all the house lights turned off I peered through the telescope with one eye, the other closed. I could feel the telescope's internal light as well as the illumination from the moon and stars burning my eye, creating lots of cognitive trouble. Little did I know that after looking through the telescope, the eye I had exposed to the moonlight would get swollen and feel like somebody gave me a black eye for a solid week afterward.

But I didn't care, I wanted to see the sky, I wanted to see a shooting star. And I did. I saw one. Can you guess what I wished for? (I can't tell you otherwise it won't come true, right? But if you think about the one thing that I want the most, I bet you'll guess it).

Then last year, while my wish hadn't completely come true, I made progress. I was able to sit-up in bed and whisper a bit, but I was still very sensitive to light (not nearly as much as the year before, however). I was determined to once again look at the stars, albeit without the telescope. So I stayed awake until midnight with the thick blankets I used to shield sunlight during the day peeled back to reveal the vast starry night. After about an hour of looking at the sky and not seeing a single shooting star I finally saw one. And it was a big one. It went streaming across the sky and felt so close I could almost grab it. In some ways it felt like looking at an organism moving under a microscope; I felt like a visitor peeking into an unfamiliar world full of wonder and awe.

I made a wish, and then, like a spooky omen, a bat flew into my room. That obviously wasn't my wish, but it was definitely a memorable experience.

Have you ever been trapped in a room with a bat? Not a baseball bat, an actual flying bat with wings, you know like Batman, but much uglier and probably with rabies and other transmittable diseases. It was absolutely terrifying. And if being trapped in a room with a frantic flying mammal wasn't bad enough, I lacked the physical ability to do what pretty much any person would do in such a situation: Run.

I was bedridden and still couldn't speak so yelling for help wasn't an option either, and to be honest I was confused and probably in shock; I wasn't initially sure what was flying around my room. I soon figured that not many things fly at night so it was probably a bat. Then it screeched at me and dove at my head and, well, then I definitely knew it was a bat.

Thankfully my wonderful caregiver, Chelsea, came into the room shortly after that and swatted the bat outside before it bit me, gave me rabies, and I turned into some rabid creature from The Walking Dead.

Luckily the bat wasn't a bad omen (knock on wood). And now another year has passed bringing me even closer to having my wish granted — the same wish I have asked for under a shooting star on my last two birthdays.

I don't know if I believe in birthday wishes being granted, but I do believe in wishing. There's no harm in wishing for good things to come. I have wished for my health to improve for such a long time, even before I became bedridden (as I'm sure all people with MECFS have). So I don't know if my health improving has anything to do with my birthday wishes, but there's no denying that I can speak short, quiet sentences; I can eat pretty much all food except caramel and salt water taffy (good thing I hate sugar), and I can even get out of bed. These are improvements I am grateful for; they are reasons to keep wishing for even better days to come.

While I still feel the pressure to do something memorable on August 12th, I have a feeling the thing I will remember most about my 29th birthday will not be anything I plan. The most lasting memories are unexpected, after all.

I don't know if a bat will fly into my room again (I sure hope not), or if I will be able to keep my wishing-upon-a-star streak alive for another year (maybe this time from the deck since I can go outside), or if someone will come soothe my loneliness and be my little spoon for the weekend (seriously, if you want to come snuggle with me just let me know), but whatever happens I'm looking forward to it and another year of life. So here's to my last year as a twenty-something!