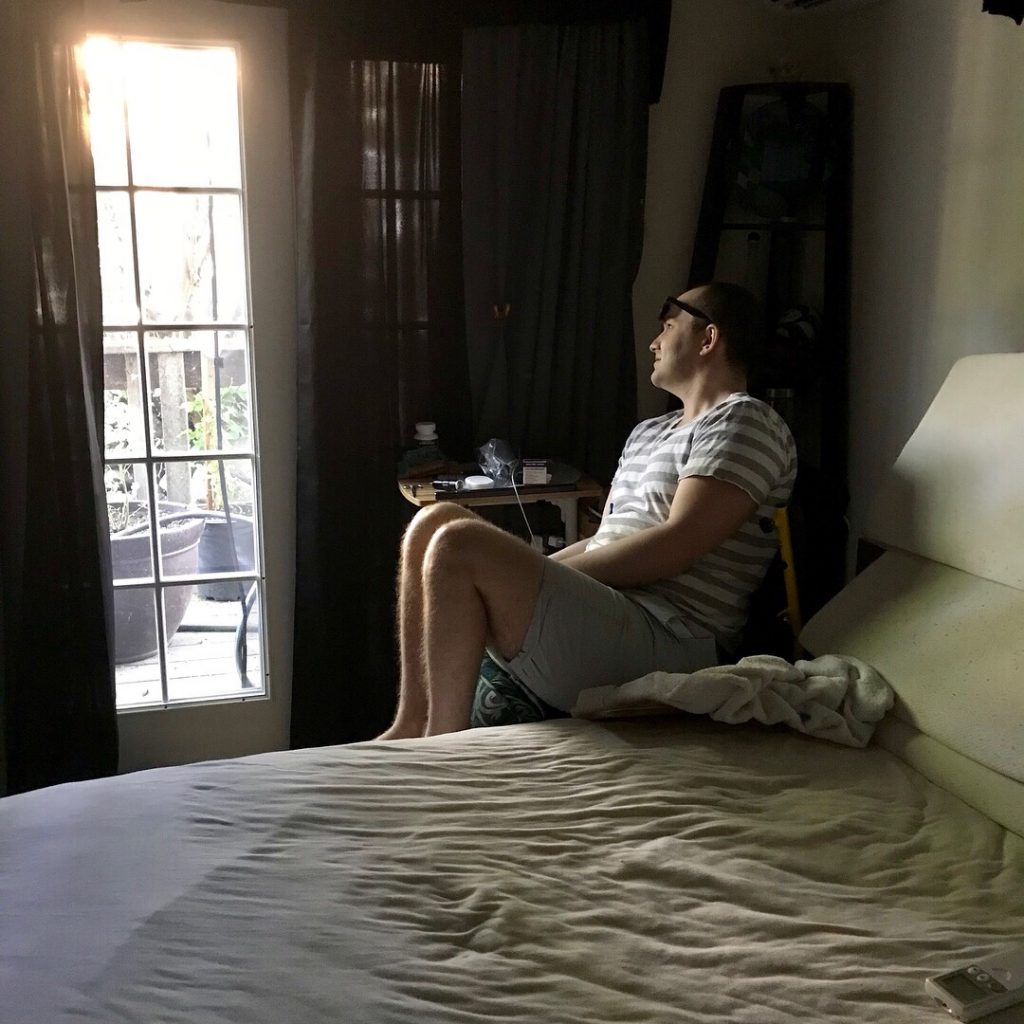 Earlier this year The House passed a bill that is a direct attack on the disability rights movement and one that would strip down the Americans with Disabilities Act of 1990 (ADA), which is widely considered one of the most expansive pieces of civil rights legislation in America.

Within the ADA’s dense text is Title III, which establishes regulations for businesses and non-profits to comply with accessibilities for disabled people.

While no piece of legislation is perfect, the ADA’s Title III is certainly fair. But some don’t feel that way, most notably Rep. Ted Poe of Texas, the most vocal sponsor of the ADA Education and Reform Act of 2017 (HR 620).

Last year HR 620 passed the House in a 225 to 192 vote. The vast majority of Republicans, along with 12 Democrats, voted for the bill, which then moved to the Senate, where for months I dreaded it would make it to a floor vote and eventually be signed into law by President Trump. Thankfully that hasn’t happened … yet.

The main point of HR 620, as I see it, is to prevent frivolous lawsuits brought against businesses for not complying with regulations established by the ADA. But I don’t see how frivolous lawsuits actually exist in this case. Is there really such a thing as a frivolous lawsuit as it pertains to ensuring that disabled people can gain access to a facility, like say, a doctor’s office where they seek treatment for their condition?

HR 620 makes a meager concession to disabled people by developing “a program to educate state and local governments and property owners on strategies for promoting access to public accommodations for persons with a disability.” The only problem is that the ADA has already established this kind of program and yet lawsuits are still necessary to make business owners comply with the law.

The irony of HR 620 is that it aims at reforming a law which has been vigorously supported by two Republican presidents from Texas, yet Rep. Poe and other members of Congress from Texas, the nation’s second largest state, are the ones sponsoring HR 620. It makes me worry not only about the disability rights movement in this country but also the disability rights of Texas.

What’s more, while the bill aims at eliminating “frivolous” lawsuits, the entire state of Texas only had 267 ADA lawsuits in 2016, which means these politicians are unjustly attacking the disability rights of Texas and the entire country.

According to HR 620’s official press release, “There is a now whole industry made up of people who prey on small business owners and file unnecessary abusive lawsuits that abuse both the ADA and the business owners.”

But as the American Civil Liberties Union points out, lawsuits seeking “money damages” are not allowed under Title III, except for some state laws, which would not be changed by HR 620 anyway. As it stands, all lawsuits brought against business owners and non-profits under the current ADA regulations are about compliance, not financial damages.

For the sponsors of HR 620 to claim that disabled people are “preying” on business owners is absurd and offensive. It would be impossible for a disabled person to profit from the lawsuits. Their attorneys may profit from the lawsuits, but disabled people are the ones at the heart of the matter. We shouldn’t be punished because some lawyers are capitalizing on the ADA. People with disabilities still need access to buildings and barriers to those buildings still need to be removed. We — disabled people — are the ones trying to buy groceries, but can’t because the buildings don’t meet regulations.

Under HR 620, when someone with a disability first identifies an architectural barrier they would have to serve the business owner with a written complaint in which they would have 60 days to provide a written outline of how the barrier will be removed. Then the owner has another 120 days to “make substantial progress” on those plans. So minimally that’s six months that the disabled person has to wait for the barrier to even be improved. The bill’s crafty language presents the possibility for the business owner to draw out the barrier’s removal for months depending on whether the progress is deemed substantial.

Now, for me, and I suspect most disabled people, six months is an unreasonable amount of time to wait for substantial progress of a barrier removal. And that time frame doesn’t include how long it would take if the progress wasn’t deemed “substantial.” At that point a lawsuit would finally be allowed and the issue would likely be tied up in court for many additional months, or even years. For a business owner (or a politician who supports the bill) six months may not matter, but when a disabled person’s health depends on seeing a doctor in a building that isn’t wheelchair accessible, that six months is critical.

If you read my blog then you know I am a disabled person. I suffer from a chronic illness called myalgic encephalomyelitis (ME), a multi-system disease that studies have shown is both an inflammatory condition and a metabolic disorder. ME has left me unable to walk. While I’ve been sick for eight years now, I’ve only been officially disabled for the last three. Last year I bought my first wheelchair. When I’ve been well enough to use it I have discovered how unimaginably difficult it is to get around my house. And that’s just at home, I can’t imagine how much trouble I would have navigating in public. That is a whole other issue — there are more objects and people to bump into, but most difficult is trying to get in and out of buildings. Doors must be opened and closed, stairs must be detoured, objects must be avoided.

Filing a lawsuit against a business that makes it impossible for me to navigate would certainly not be my first course of action. For starters, it would almost guarantee that the problem would not be fixed in a timely manner. My goal is to be able to get around, not be tied up for months in court.

Luckily, the bill has stalled in the Senate, mostly thanks to the outspokenness of Sen. Tammy Duckworth of Illinois. She is disabled and back in April quickly gathered a group of 42 of her Senate colleagues to sign a letter saying they all oppose HR 620 and would essentially filibuster any attempts to vote on it. She also wrote an Op-Ed for The Washington Post about her views on the bill. And it seems that her efforts have paid off, least for now — it appears HR 620 is dead and The ADA and rights of disabled people are safe.

But that the bill made it through The House is alarming. Those who support HR 620 grossly overestimate the desire of disabled people to bring lawsuits against businesses and non-profits. Disabled people, especially those like myself who suffer from a chronic illness, have limited energy and resources, filing a lawsuit is a last resort for us. But sometimes it’s the only option we have in order to get an accessibility barrier removed promptly. If HR 620 had been enacted, not only would it have jeopardized the health and quality of life of disabled people, it would have put us at a further disadvantage in defending our civil rights. But thanks to Sen. Duckworth and others, we can save our energy for other issues.

It’s a good reminder that voting the right people into office — the people who are going to look out for the issues that mean the most to you, the issues that directly impact your life — is crucial. I didn’t vote Sen. Duckworth into office because I don’t live in her state, but I did vote for two of the senators who signed her letter to the leadership opposing the bill. And that is the kind of representation that matters, at least to me.

With the midterm elections less than a month away, I want to encourage everyone to vote because the disability rights movement needs as much representation as it can get. At the very least it’s the best way to ensure bills, like HR 620 or another bill that impacts your life, are handled properly.

2. If you would like to donate to support this blog I would be equally grateful!

3. I am fundraising to pay my medical bills so if you’d like to help out by buying a shirt or hoodie I would LOVE to see you rocking some Show ME the Money apparel like these lovely friends…

2 thoughts on “Disability Rights: Why Voting Matters to Disabled People”