How to Understand a Chronic Disease Definition And Name 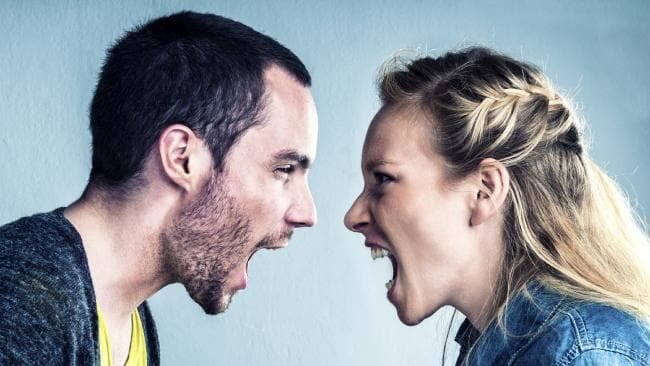 A few weeks ago I was preparing for a conversation on the Armchair Expert podcast with Dax Shepard, and I found myself getting in a debate. Not with Dax, but with my friend who was helping me prepare talking points for the podcast. While compiling the stats and other data we planned to mention on the podcast, we got in a debate about a chronic disease definition — what to actually call our illness, myalgic encephalomyelitis (chronic fatigue syndrome), when talking to an audience who had probably never heard of it.

It’s not easy to come up with a chronic disease definition. I often refer to my illness as MECFS, which is an acronym for both myalgic encephalomyelitis and chronic fatigue syndrome. The first term is a direct result of the second term being an inadequate and inaccurate name for the disease. I could literally write a book about the history behind this, but here’s the quick version: Some government assholes decided to name a complex illness chronic fatigue syndrome because the patients looked tired. And they were tired, but as many of you know, the illness is much more serious than just fatigue. Calling it chronic fatigue syndrome is like calling Parkinson’s disease chronic shaking disorder or lung cancer chronic coughing syndrome. It’s not a fair representation of the illness, especially when so many people judge the severity of an illness by its name.

Naming the disease after a scientist, or doctor, or even a damn town (as was done for Lyme disease) would be better than calling it chronic fatigue syndrome. And I’m not the only one who feels this way. I think it’s fair to say the vast majority of patients agree with me, and as I understand it, many of them prefer to use alternative names, like myalgic encephalomyelitis, which is more commonly used outside of the US for a similar, if not identical, disease.

But even myalgic encephalomyelitis has some controversy surrounding it because the name denotes inflammation of the brain and nervous system, and some people feel that ME/CFS patients don’t have inflammation in the brain and nervous system. In fact, this was one of the disagreements I had with the doctor who treated me on Afflicted. He thought myalgic encephalomyelitis wasn’t an accurate name for my illness, though recently it was proven that there is in fact inflammation in the brains of patients like me.

So, back to me and my friend arguing about MECFS and the chronic disease definition. She thought we should use both chronic fatigue syndrome and myalgic encephalomyelitis when referring to the disease. I thought we should only use ME.

My reason for wanting to only use ME is this: The only way to change a shitty name is to stop using it. Right? So, by excluding the CFS in MECFS, we would be moving that process along.

This is basically why I rarely, if ever, use chronic fatigue syndrome in my writing. Although, I should admit that I do use the combined acronym MECFS a lot. But if you look at my previous blog posts, the closest I get to using CFS is a different context. I explain that it’s a shitty name and nobody should use it as a standalone term for the disease. This is essentially what my friend suggested we do. She wanted to be transparent and tell listeners that CFS is what some people call the illness, they’re assholes, don’t be like them (Okay, maybe she said it nicer than that, but you get the point).

The problem with being so forthcoming while trying to change society’s perception of a neglected illness is at some point you have to stop talking about what you’re trying to change, or at least stop bringing it up without being prompted. As long as you keep bringing up the name chronic fatigue syndrome, it’s going to continue to belittle people who are much sicker than someone who is just tired, perhaps from working too much or not sleeping enough.

If we want to change the name, we’re going to have to remove the term chronic fatigue syndrome. And if people care about the history of the disease, then they can figure it out on their own.

But my friend felt differently, and I respect that. She worried that there might be some undiagnosed people with ME/CFS listening to the podcast, who wouldn’t be able to recognize the illness if we called it myalgic encephalomyelitis, or even MECFS, without explaining the chronic fatigue syndrome part. I sort of understood this argument, but I also felt like the goal of going on the podcast was not to diagnose new patients, it was to get non-patients to donate to the cause. After all, it’s likely that most of the listeners would be people unfamiliar with the disease. And again, if they search for MECFS online, boom, the name chronic fatigue syndrome is right there. It’s not a hidden secret or anything — it’s still a pile of shit sitting in the room.

Another concern I had was that our spot on the podcast would be very short — five minutes, if we were lucky. Explaining the controversy of the name would eat up valuable time that could be spent telling listeners that some patients are on feeding tubes and can’t speak or walk; the time could have been used to tell people to donate to help find a cure, which seemed much more important than semantics.

In the end, our solution to the disagreement was to just do our own talking, which felt sort of unfair because, well, I can’t talk much. Nevertheless my friend was going to do most of the talking, and I didn’t want to censor her or tell her what she could and couldn’t say. So I just told her to do her thing and I’d do mine.

If you read my last blog post then you may have already guessed how this story ends  We had technical difficulties and I wasn’t able to connect my friend to the conference call with Dax. So she wasn’t on the podcast, which I felt horrible about. She put in a lot of time to prepare for the podcast, including sitting around on the phone for two hours while we waited for the call. But ultimately I had to do all the talking on my own.

The upside, for me anyway, was that the words chronic fatigue syndrome were never heard on the podcast. I did, however, call it MECFS, both because I think it’s a fair compromise and because I’m vocally challenged. I can only speak so many syllables before my voice gives out. And I didn’t want to use them all trying to annunciate myalgic encephalomyelitis, especially on a podcast that is likely listened to by millions of people. That would have only added embarrassment to injury.

Overall I’m very happy with how the podcast experience turned out — it was really difficult, but worth the struggle. And while it certainly wasn’t the first time the MECFS chronic disease definition issue came up, it did make me think about it in a new way. It made me think about how people interact with the name and how many of us feel differently about it. Until recently I just assumed, however naively, that most, if not all, people with MECFS feel the same as me — the name chronic fatigue syndrome should be avoided whenever possible.