My Most Embarrassing Moment: The Baseball Cup Protector 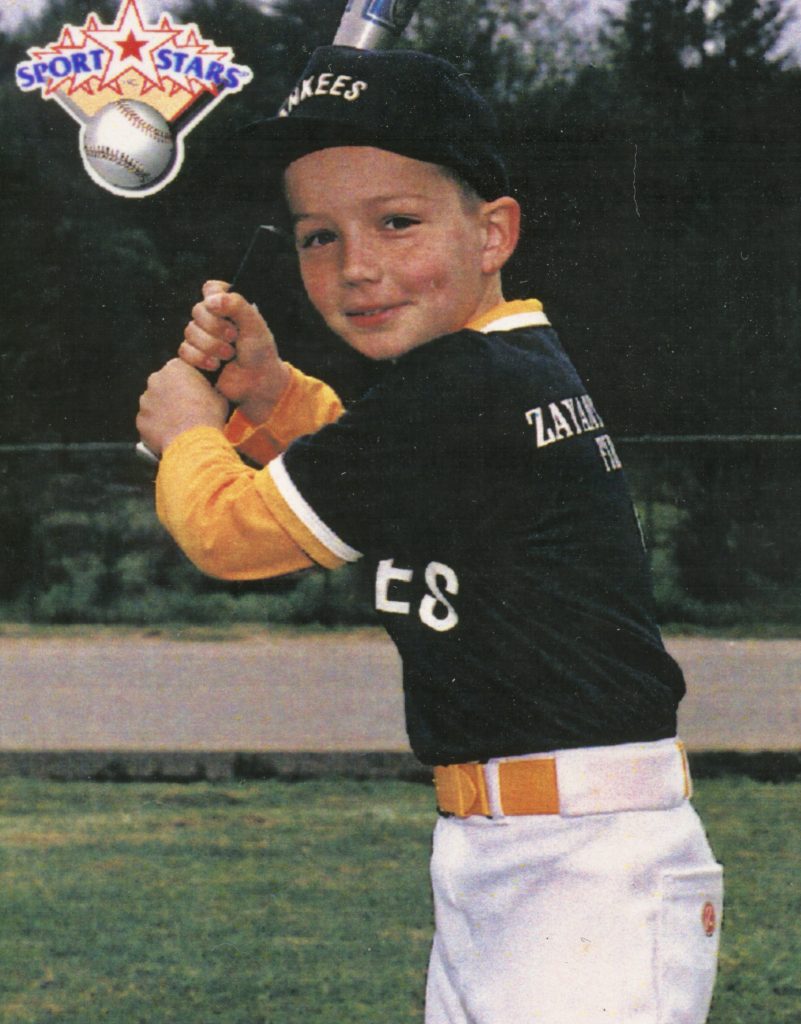 My most embarrassing moment includes a baseball cup protector. I’ll get into that in a minute, but first I want to talk about how much I hate ice breakers.

So here it goes: This is a story about cups. And not the kind you drink from. I’m talking about the aforementioned baseball cup protector (or a jock with cup, as some people lovingly call them).

When I was a boy I loved to play baseball. I basically never stopped playing from the time I was six until high school. Little did I know, however, that the thing I loved most during my childhood would also be the source of my most embarrassing moment.

At some point in my Little League career I had to buy the right gear to play baseball. Though, admittedly, I did play tee-ball in jeans instead of baseball pants. But after that I had to get equipped, which meant buying a bat, cleats, baseball pants, and yes, a cup to protect my junk. Protective cups are good for that. Or so I thought.

The problem was: I didn’t get a boys cup. I got what I thought was a boys cup, but was in fact the female equivalent, also called a pelvic protector.

So there I was, cramming my boy junk under this flat layer of plastic designed for girls. What could go wrong, right? Well, believe it or not, I got through a couple seasons of baseball without incident. Though, there was one time when I was playing catch with a friend in the backyard before one of our games.

We were suited up in our uniforms, cups and all. Then he threw me the ball while I wasn’t looking and it nailed me right in the crotch. But good thing I was wearing a cup! Ah, except I wasn’t wearing the right cup. I was wearing a flat piece of plastic that, when hit with a baseball, basically just held my testicles in place while they got blunt force trauma.

I remember being confused as to why getting hit in the crouch while wearing a baseball cup protector hurt so much. Aren’t these things supposed to make it hurt less? Aren’t they supposed to be a protective barrier? Yeah, maybe if I actually had the right type of cup.

So naturally I was perplexed about the whole thing, but my developing brain didn’t give it much thought and I went on with the baseball season, a thin piece of plastic covering my most vulnerable area. But that was just the beginning of my problems.

I not only failed to get the right cup, I also didn’t get a jock strap or sliding shorts to keep the cup I had in place. Somehow this didn’t become an issue until I made the all-star team. Great timing!

So I would be playing kids from other cities without a jock strap or the right type of baseball cup protector. As one might imagine, things didn’t go well. It didn’t take long for me to thoroughly embarrass myself.

I hustled my prepubescent ass around first base, then something felt wrong. The pelvic protector was heading south. By the time I got to second base it had slid all the way down my thigh and sat just above my knee, visible through my pants.

I was literally standing in the middle of the field with some weird triangular object half way down my leg. I think some part of me was in denial because I didn’t even try to adjust it. I just stood there like nothing was wrong, hoping no one would notice. But EVERYONE noticed. Every player on the field was staring at me, and although I’ve since blocked out their laughter, I’m sure they were laughing. How could you not laugh at something like that?

One person wasn’t laughing though — the coach. He was my savior. He ran out of the dugout and stood in front of me at second base. He told me to take the pelvic protector out of my pants and give it to him. Without hesitation, he grabbed it from me and ran back to the dugout. Then the game went on like nothing embarrassing happened. Well, almost.

It’s important to point out that I still didn’t realize that I was using a female cup. So when I got back to the dugout and some of my teammates were poking it with a stick and laughing, I didn’t understand that it was because they didn’t know what it was — this cup didn’t look like theirs. All the while I was thinking: Haven’t they seen a cup before? But I resigned to pretend it wasn’t mine, even though everyone had seen the coach take it from me. Denial can be a wonderful thing.

It may have been my most embarrassing moment, but the true humiliation of the event didn’t sink in until that cup cracked apart a few years later and I had to buy a new one.

I went to the sporting goods store and stood in front of the baseball cup protectors. But none of them looked like the one I had. So I looked at the next section and there they were, labeled: “female pelvic protectors.” I felt a flood of retroactive embarrassment. For years, a decade really, I had been wearing the wrong type of cup.

Looking back, my most embarrassing moment holds much more substance and symbolism then it presents at face value. It happened at a time, almost twenty years ago, when boys, and even society as a whole, were quicker to make fun of anything out of the norm, anything unusual, and definitely anything feminine or “unmanly.” I don’t remember for certain, but I’m sure the other boys called me “gay” or “queer” because I wore a female cup, and I’m sure I was beyond embarrassed; I’m sure I was ashamed and even felt, however naively, that I had diminished my burgeoning masculinity.

Now, living in a time of increased awareness, I realize that from a societal perspective there was nothing wrong with being a boy wearing a baseball cup protector designed for girls. Though, it definitely would have saved me a lot of physical pain had I worn the right cup. And, at the very least, it would have been nice to have a jock strap, or something, anything, to keep the pelvic protector from sliding down my leg every time I rounded first base. But, hey, just like I learned in baseball: You can’t win ’em all.

2. If you would like to donate to support this blog I would be grateful!

3. I am fundraising to pay my medical bills so if you’d like to help out by buying a shirt or hoodie I’d be equally grateful.

4 thoughts on “My Most Embarrassing Moment: The Baseball Cup Protector”