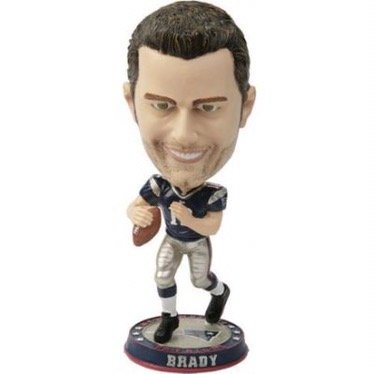 My head has been attached to a pillow for the last two years. Now, as I write these words my head is at last detached — bobbing around like a boat gently swaying in a harbor slip. Less eloquently put, my head feels like it’s had way too much to drink and is stumbling around the bar trying to gracefully remain standing. The five minutes that have passed while I’ve been writing this paragraph is the longest my head has been without pillow since 2015, and trust me, I do not feel one inkling of separation anxiety or abandonment. It is, instead, a beautiful and simplistic feeling not unlike the moment I ate food for the first time in a year and a half, or when I started talking again, or any of the other milestones I’ve experienced in the last several months as my health has improved. Yet, I cannot get over the fact that my head feels a lot like a bobble head doll looks — unstable. It’s not bad, but definitely a feeling of wonder and awe.

While they are spooky reminders of how poor my health has been, these moments are what I now live for — rejuvenating new-old experiences that free my soul.

I have been able to sit up in varying degrees for the last few months. But, except for short spurts of a few seconds, I have not been able to separate my head from the pillow for any substantial amount of time until recently.

Similarly, I’ve started dangling my legs off my bed, which is exhausting, but hopefully a sign of future milestones to come. In fact, on a particularly good day (actually, it was late at night because I don’t sleep well, and oddly enough, I tend to feel better after the sun goes down), I sat up and hung both my legs off the bed. There I was, in mostly darkness, sitting at a 90-degree angle, using my own strength to hold myself up, and both legs bent, also at 90-degrees, my feet dangling toward the ground. I quickly became dizzy and disoriented as my muscles grew weak and I expeditiously lowered my body back to the wedge pillow.

I crashed pretty hard for the next 36 hours or so, but I eventually recovered. Nevertheless it was a reminder of how I am constantly at the mercy of my body and the illness that lives within it. While I was recovering, I was surprised at how similar my physical symptoms were to the post-exertion crashes I often experienced in the first couple years after I got sick. I remember many of the moments that led to these crashes. I remember getting on BART with my uncle, Victor, and walking the full length of the Embarcadero in San Francisco, ascending countless steps, sitting down to watch a Giants game at AT&T Park, then trekking all the way back to BART, where I did my best not to collapse onto some oblivious stranger’s lap because all of the seats were taken. I crashed pretty hard after that, but damn it was worth it.

I also remember spending way too much energy walking around Costco — the store’s bright lights and seemingly never ending rows of goods were very bad for me. And I remember riding my bike to the beach in Santa Cruz and Aptos, pretending I was distracted so my laborious pedaling was not noticeable to any passerby. I remember snowboarding, and feeling so proud and surprised that I was able to repeatedly make it up and down the slopes. I crashed after each of these experiments in living unhinged with a villainous disease, and as miserable as I felt in recovery, the feeling was worth living life on my own terms.

So while my current crash feels for the most part the same, it has reminded me to, yes, take it easy. Now I have hedged my attempts at progress, instead remaining in an inclined position with only one leg hanging off the bed. I even tried to tap my toes on the ground but because my bed is on risers the lowest point I could reach was the bed frame. The bed frame may not be the floor, but I’m content with the progress I’ve achieved so far.

**Oh, and I just put up smartphone cases with proceedings going to my medical bills and 20% to a MECFS charity.