Breaking The Mold: What Mold is Toxic? 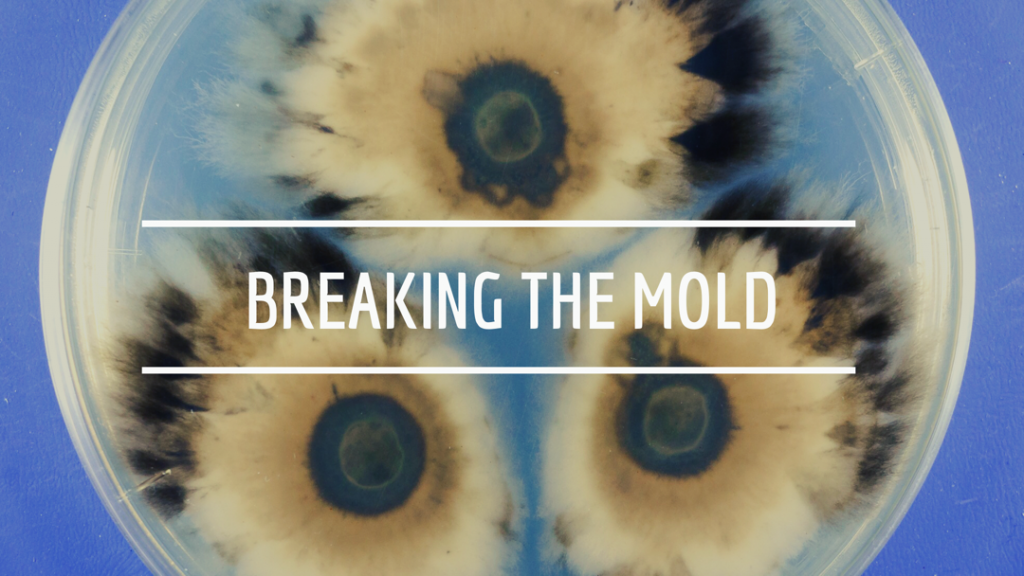 The first time I had a noticeable reaction to mold was in 2013, and I immediately began wondering, “What mold is toxic?”

I was house sitting and felt nauseated and had difficulty breathing every time I went inside the house. Then one evening I pulled back the drapes on a window in the master bedroom and saw that the entire wall was covered in thick black mold.

I had been sick with ME/CFS for a couple years at that point, the illness varying day to day, which made it difficult to tell what mold is toxic and when mold is dangerous, especially since I knew very little about the different types of mold (ex. mold vs black mold), and how much they really impacted my health.

Despite my illness, I had never had issues with mold until that point. I would say, for most of my life, I wasn’t even aware of the harm that mold can cause (can mold cause headaches and other health problems? Absolutely). I knew what it was, of course, but I thought I was invulnerable to it. I lived in houses with mold when I was a kid, but it didn’t bother me. My mom would cough all night from the mold exposure, but I was perfectly fine. In college, I lived in a dingy dorm room, and later a dingy house, that was full of mold, but none of it was an issue for me.

I had heard stories of people with ME/CFS and other chronic illnesses having sensitivities to mold, but I never fell into that category, and to a certain extent I still don’t. Mold is not the driving force of my illness, but at some point it did start to have a noticeable impact on me.

It wasn’t until my house sitting encounter with mold that I felt its effects. Then, in 2015, I became severely ill from ME/CFS and couldn’t eat, speak, or walk. Mold wasn’t a factor in the sudden decline of my health — my apartment was clean and I had tested negative for exposure to mold.

In 2017 I once again tested negative for mycotoxins, which as I understand it, come from exposure to mold.

Once again I went through a stretch of a few years relatively unconcerned by mold and my health gradually improved. I thought I was in the clear, but I also had chronic sinus infections and a persistent cough, so I decided to do some investigating. I did another mold test, this time on the dust in my room, which basically consisted of wiping the surfaces with a Swiffer cloth and sending it to a company called Mycometrics to be analyzed.

Even still, I figured it was just a precaution. I didn’t expect the results to be telling, and I definitely didn’t think they’d be alarming. I guess I underestimated the presence of mold in my house, mainly because I live in a warm, dry climate. I’ve always thought that mold needed a wet, humid climate to thrive. But I was wrong — mold can be sneaky. I still wasn’t sure what the mold situation was in my house, but suddenly I found myself wondering: What if there is mold in this dry climate? And will mold die if it dries out?

The answer: sort of. The mold will die but the spores won’t, and they can regenerate if they get wet again, so I needed to look at the test results and, if there was mold in my house, I needed to deal with the problem.

What Mold is Toxic?

From the test results, I learned exactly what mold is toxic (there are many kinds). I also learned that my house, or rather my room in the house, is in the 80th percentile of households in the US. But how? I didn’t see any mold. I didn’t smell any mold. I had sinus issues and a cough (was it a mold cough?), but I thought that stuff was caused by my illness, MECFS, not mold.

One good thing about the test was it gave me something that I could potentially fix and while it wouldn’t make my illness go away it could make me feel better and improve my immune system.

Another good thing is that the most abundant types of mold in my house were not the worst kinds. There was no black mold. The weird thing was that the molds that did show up in my house were often found in damp areas like a bathroom or laundry room, which didn’t fit with the area of the house that was tested — my bedroom. There is a bathroom across the hall, but there’s no mold there and it’s still relatively far away from my room. And the laundry room is downstairs, even farther away. None of it made sense.

Another thing I considered was that the previous year the floor in the house was ripped up and a new one was put in. That could have released some mold spores into the rest of the house. But I don’t think that was it. In the end I discovered the true source of the mold completely by accident.

One day I started hearing a scratching sound coming from the AC unit mounted on my wall. I thought there was a mouse or termites in the wall. But when my mom took a look inside the AC unit, we saw a layer of white gunk on the fan blades. At first I thought it was maybe frost from the AC refrigerant used to cool down the room temperature, but it didn’t melt when I turned the unit off.

Next a repairman came out to look at the AC unit. His first words were: “Yep, that’s mold.”

Whether I liked it or not, there was in fact mold near the air vent and, even worse, inside of it.

I still wasn’t exactly sure what mold is toxic, but at least I knew that there wasn’t black mold in my house. It was both a relief and a concern to find the source of the mold. The relief was knowing where it was coming from and the concern was: How the hell do I get rid of it?

I couldn’t do much if anything about it, but thankfully my mom jumped into action and started cleaning the fan inside the AC unit. The tricky part was not releasing the mold into the air and exposing my compromised immune system to it, especially considering that the AC unit is, oh, about four feet from my face. But there wasn’t much I could do to get out of the way. I could have gone outside, but it was too hot. So I just put a mask on and hoped for the best.

The other tricky part was that the mold had attached itself to each individual blade of the fan. To clean it, my mom had to use a pipe cleaner and Q-Tip to painstakingly scrub each blade. And she had to do it while standing on a step ladder in an awkward position. It took two rounds of cleaning and several hours total, but she eventually got it all.

I had crowdsourced for advice (asking what mold is toxic, how to get rid of it, etc.), and I ordered a solution called Benefact, which is nontoxic but lethal to mold, bacteria, and all the other bad stuff. I also stopped turning the fan off at night. Instead, now I raise the temperature in the room so the condensation doesn’t settle in the AC unit. So far it seems to have worked — the mold has not returned.

As for the effects of mold on me, I’m not a mold expert or even that knowledgeable on the topic, but based on what I do know, I believe that mold is hazardous for pretty much everyone, regardless of how obvious the symptoms are. I realize that some types of mold are more harmful than others and some can even be relatively benign, but it seems that with my immune system compromised by MECFS, I have become more sensitive to mold.

In the end, I didn’t really get an exact answer to my question as to what mold is toxic, except that it seems to me that almost any mold can be toxic, depending on it’s location and if there’s enough of it. Ideally, I want to live in an environment as free of mold as possible, which is what I tried to accomplish by cleaning the AC unit.

Since the AC was cleaned, I haven’t noticed an improvement in my sinus issues or the cough (maybe it’s not a mold cough), but perhaps enough time hasn’t gone by. There’s also the possibility that there is mold in other parts of the house. The only way to tell for sure will be to retest.

4. I am fundraising to pay my medical bills and if you’d like to help out by buying a shirt or hoodie I’d be equally grateful. I get about $5 for every shirt sold.

5 thoughts on “Breaking The Mold: What Mold is Toxic?”